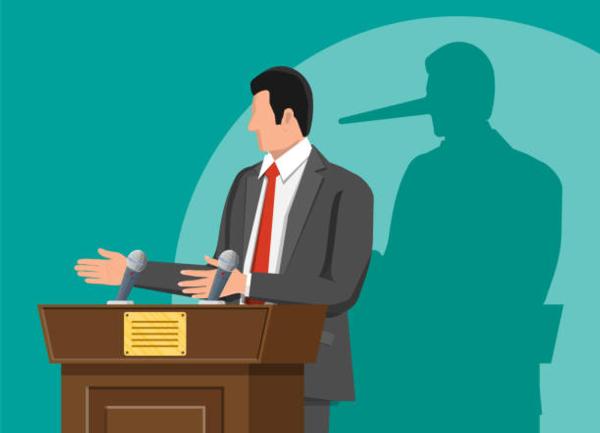 A community group, Nga Kaitiaki Tuku Iho, successfully took the government to High Court recently over the illegality of the Pfizer vaccine.

Within an hour of the decision of Justice Ellis that was released last week, the government announced it would change the Medicines Act. They were in Parliament the very next day 24 hours pushing through an emergency law change.

The law change was to s23(1) of the Medicines Act. Before the government’s emergency law change it allowed provisional consent for a new medicine only for “restricted use by a limited number of patients”, and only when the benefits exceed the risks of the medicine. The new law gives the Minister much wider powers.

"Attorney-General David Parker was asked by the opposition during the urgent Parliamentary debate about when the government had first been aware of the legal problems with the Pfizer vaccine approval.

David Parker replied "the day of the court case"".  That is an absolute lie!" said Alan Simmons. In fact David Parker was one of the recipients of the OPEN LETTER from my Co-leader and high profile lawyer Sue Grey. David Parker, the Prime Minister Jacinda Ardern, the Minister of Covid-19 Response Chris Hipkins and the Director-General of Health Ashley Bloomfield and various other officials were all sent the OPEN LETTER.

These public representatives  were sent various reminders, after acknowledgments but no substantive responses were received. Then Urgent High Court proceedings were filed by Nga Kaitiaki Tuku Iho Medical Society Inc on 15 April. The argument about the illegality of the provisional consent was heard by Justice Ellis in Courtroom 1 before a big crowd with an overflow into Courtroom 3 on 12 May and the decision was released six days later. People attended from all over New Zealand to watch this historic case, yet not a single elected or employed government representatives attended the Court, except their team of three lawyers.

"The arrogance of the government to refuse to engage and instead make thousands of ordinary New Zealanders use their time and expertise and dip into their pockets and successfully challenge the government is a disgrace” says Alan Simmons. It shows the level of contempt this government has for the people of NZ.  They could have easily acknowledged the problem when it was pointed out to them and spent time working with  the public to find a more acceptable and constitutional solution.

When the government was found wanting by the High Court decision they just arrogantly changed the law overnight and then LIED that the first they heard of it was a week ago.

I am appalled that they treat the people of NZ and democracy with such contempt" said Alan Simmons.

“If none of the recipient Ministers or their advisors even read their emails – and not even an email from a high-profile lawyer such as Sue Grey who has exposed serious government breaches on many previous occasions, then we have an even more serious problem.” Says Alan. “It would mean that representation and democracy are even more broken than we have assumed and our system is unfit for purpose.”

Just weeks ago Sue Grey challenged the government for detaining a mother and her six month old baby in MIQ facilities after the mother declined a nasopharngeal swab for her baby. After Sue got involved and expose the lack of competent decision making, the mother and baby were released.

Surely someone checks our Minister’s email, and if not, why not? Our government use of Covid as an excuse to avoid basis accountability and the rule of law has worn thin. If they are not responsive or willing and able to represent the people who elected them, or when they lie to try to cover their tracks then they have made themselves irrelevant to democracy. If they are not up to representing us then they are redundant and must step down.

31/3/2021 The Prime Minister, David Parker, Andrew Little, Ashley
Bloomfield, Chris Hipkins and Chris James were all sent an OPEN LETTER by the
lawyer Sue Grey explaining apparent breaches of the Medicines Act with the way the experimental Pfizer mRNA vaccine was approved under s23(1) and with the vaccine rollout plan to everyone in New Zealand over 16, which was clearly not to a limited number of patients. Some acknowledgement of receipt were received, but not one gave a substantive reply.  This OPEN LETTER is attached.

1/4/2021. Press release to over 150 media outlets and journalists with a
copy of the letter attached to the release.

1/4/2021.  The letter was discussed on Magic Radio with Peter Williams
who interviewed Sue Grey about the deficiencies in the law.

2/4/2021. The letter was widely circulated with over 1500 copies being
sent to various Ministers individually via a petition. In all 9000 letters were sent.

21 April 2021. The letter was published in a magazine "Real News" which was subject to criticism by Minister Chris Hipkins on TV for being displayed on the counter of a Pharmacy shop.

12 May 2021 The Vax challenge is heard by Justice Ellis in the High Court Wellington. The defendant Ministers are represented by a team of lawyers from Crown law.

19/5/2021. Attorney General David Parker tells Parliament that the first the government knew of the Vax Challenge High Court case was the day the case began on 15th
May.