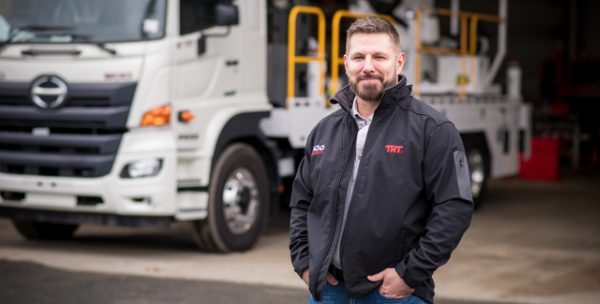 TRT Australia has announced the appointment of Brendan Cook otherwise known as Cookie to the position of Crane Sales Specialists.

In his new role, Brendan will continue to progress TRT’s commitments and support their capabilities through providing solutions and ongoing support to their customers.

Brendan says, “I am very excited to be part of the team at TRT. The reputation they have developed in the industry has impressed me."

Brendan started his career at Linmac Cranes in 1994 as the Queensland representative and shortly after moved to managing their access division in 1995. From there he went to Franna Cranes and accomplished a huge career milestone by selling the first pick and carry crane to an American company that is based in Australia.

Following this, Franna was then purchased by Terex where Brendan was promoted to National Access Sales Manager. After Terex sold their access division, he was promoted to Queensland Sales Manager and then onto Asia Pacific Sales Manager where he sold the first new pick and carry crane into Jakarta to a fully owned and run Indonesian company.