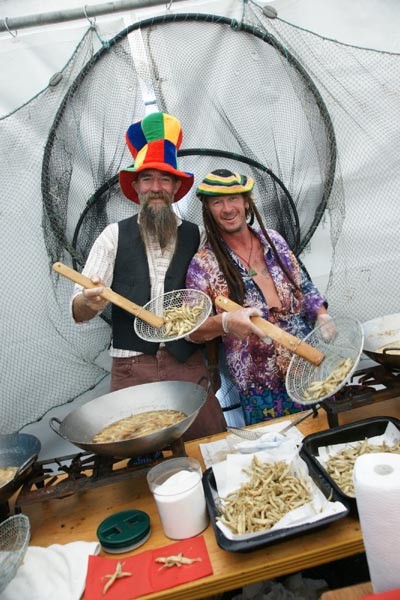 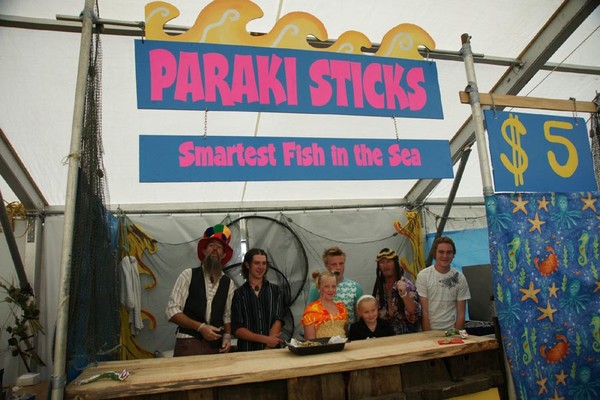 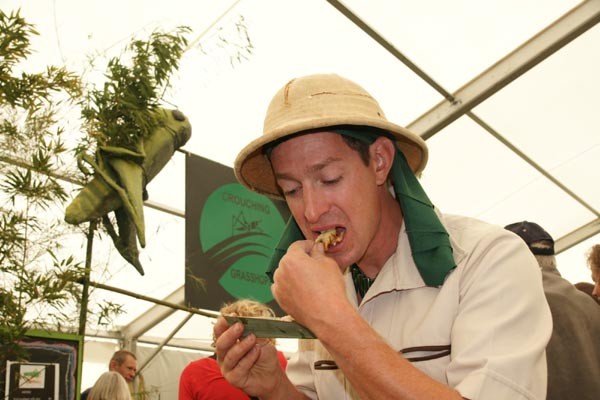 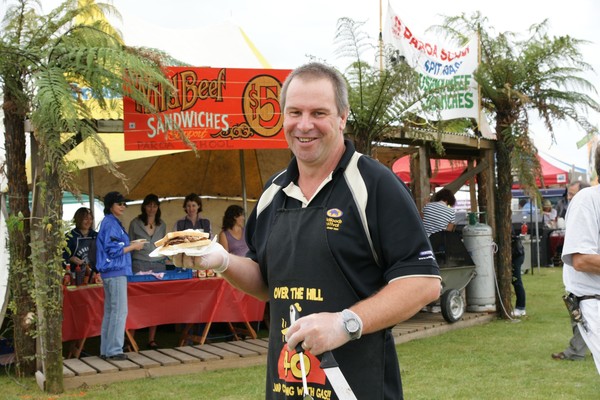 In its 19th year, the Hokitika Wildfoods Festival finally experienced its first drop of rain and it was a blessing for stallholders as wildfoods fans crowded into the shelter of the tents and ate up a storm.

It was a mostly shower-free day on Saturday March 8 for the 13,000 at the annual festival in the tiny West Coast town. The cloud cover prevented any sunburnt faces, though many fans were protected under paint to match their gaudy costumes.

Many stallholders sold out of food before the end of the day and, when the final wash-up of takings is done, it is anticipated that, as in previous years, $2 million will have poured into the coffers of the West Coast community. The coast’s voluntary organisations plan on the festival as their major fundraiser for the year.

Event coordinator Mike Keenan said the innovative enthusiasm of the 74 stallholders was what made the festival an ongoing success, with 14 new foods and drinks on offer this year as Coasters found new ways of making wild creatures like huhu grubs, grasshoppers, worms and wasp larvae palatable.

Among stallholders making their debut at the event were Daniel Dick from Ross and Steve Hoy from Hokitika who introduced fans to paraki fish, a smelt twice the size of whitebait and usually called cucumber fish for the smell that puts most people off eating it. Dipped in flour then quick-fried in a wok, the paraki became a big hit with the crowds around the Paraki Sticks stall. The smell goes once it is cooked.

“It’s a magic taste,” said Steve Hoy who, with friends and family caught the fish in whitebait nets in three West Coast Rivers.

The pair were brightly dressed up in eye-catching hats and clothing like many other stallholders vying for the best presented stall on the day. The prize of $500 was taken by another new stall Sombrero’s Indiana Zone.

At the Startled Worm Café stall of long-time stallholder Sue Aspin, fans found they could stomach the worms disguised in chocolate and sushi. The worms are first pickled in vodka before being cooked. Young helpers, cousins Louie and Amber Neale delighted in demonstrating what the pickled worms looked like.

The highlight of the musical programme was Dean Vegas from Brisbane as Elvis. The winner of last year’s World Elvis Championships had the evening crowd responding to him as if he were the real Elvis, Mr Keenan said.

US graffiti artist Eric Orr, regarded as the original graffiti artist, went on stage to paint graffiti art on canvas in front of the crowd. The canvas will be auctioned on behalf of Westland High School and its planned German exchange tour. He recently helped the school’s pupils paint a graffiti mural on buildings at the Cass Square festival site.

National Party leader John Key was among the many fans at the event and sampled the range of unusual foods, including crickets.

Mr Keenan said the festival had no problems with drunken revellers as the police, Crown Public Health, liquor licensing and security representatives did a superb job of monitoring the crowd.

“Over the years we have had very few cases of misbehaviour at the festival site,” he said.

It was the first year for new festival sponsor Westcoast Brewing. Director Paddy Sweeney said he was “absolutely rapt” at the way both the daytime and night-time programmes went.