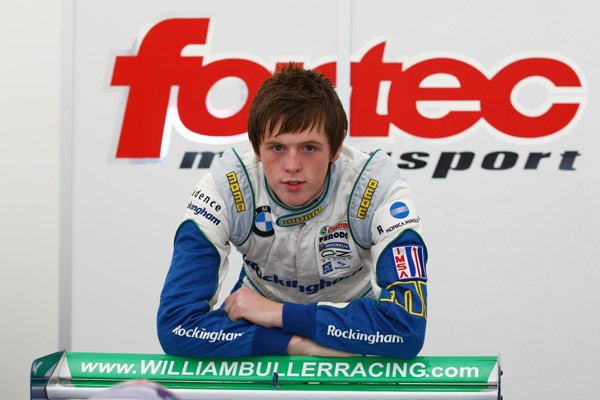 The International Trophy held over three rounds of the Toyota Racing Series continues to attract overseas race drivers keen to make their mark.

The latest entry is for Northern Ireland’s William “Buck” Buller, a graduate of karting, Irish “stock” car saloon racing and Formula BMW Europe. The son of Irish equestrians Alfred and Vina Buller, he will join the new Giles Motorsport team.

Buller junior says racing in the Toyota Racing Series will help continue his career aspirations toward an eventual berth in Formula One, giving him a valuable edge while other drivers are in their northern hemisphere winter “off season”.

Buller joins another UK racer, Will Stevens, who will also race the international rounds for the Giles team; a third young British driver signed to the British Carlin Motorsport operation is likely to join these two, along with one or more Australian drivers.

The Australian entry is likely to come through long-time TRS supporter and entrant Trevor Sheumack, who brought Nathan Antunes here last year and who hosted an Australian invitational test day for TRS earlier this year.

16-year old Buller began his racing career in karting at the age of ten, and won the intermediate division at the Maxxis TKM Festival in 2007.

This year he has raced with the successful and well established Fortec team in the European Formula BMW series, and finished best placed British driver.

On his way to New Zealand, he will race the Formula BMW World Final in Mexico. He is sponsored by the UK Rockingham race circuit and Scarvagh House horse stud which has been owned by his family for many years.

Buller’s grandfather and father competed for Ireland at the Munich and Atlanta Olympics in three-day eventing, his mother is also an international equestrian, and Scarvagh House is one of the most successful horse studs in Europe.

Toyota Racing Series category manager Barrie Thomlinson says there has been strong northern hemisphere interest in the series this year, a welcome endorsement of the TRS category which is now recognised for providing close, exciting racing in cars that are equal in performance and relevant to many similar type European series.

“The arrival of young up and coming talent from overseas is a boost for our series, and importantly, it gives New Zealand entrants a chance to measure their speed against future rising stars from other countries around the world,” he said.

The 2009 Toyota Racing Series begins with the Wigram Cup at Ruapuna near Christchurch November 28-30.