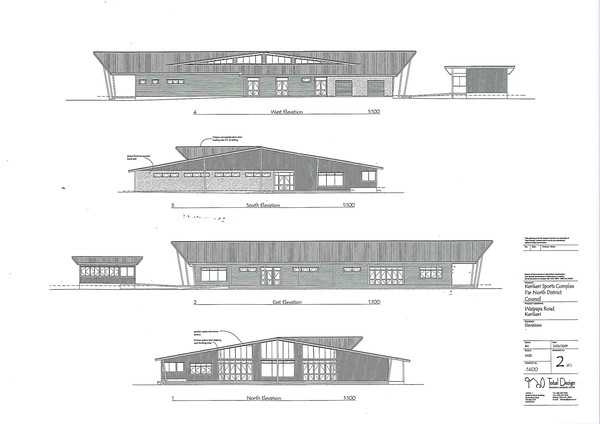 The multi-code utilities building will be tendered as a design-and-build project and the elevations shown are conceptual only. CREDIT: Far North District Council 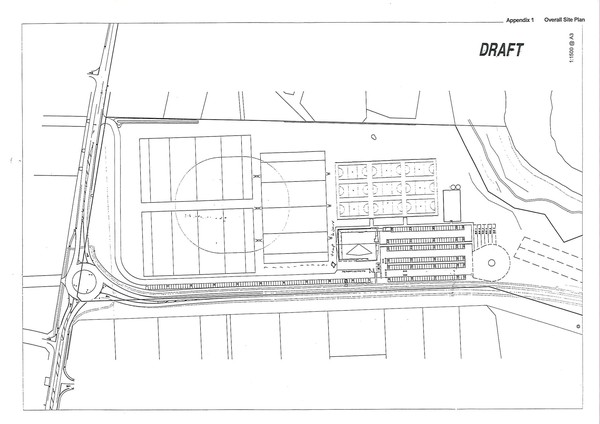 The final layout as agreed with users for the Stage 2 development of the Kerikeri Sports Complex. CREDIT: Far North District Council

Agreement on layout and design has been reached with potential users and a Resource Consent has been issued for the ongoing development of the Kerikeri Sports Complex on the Waipapa Road-Kerikeri Heritage Bypass junction.

Subject to Building Consents when final designs have been completed, the second stage development is expected to be fully operational by late 2010. However the three playing fields developed last year as stage one of the project, will be ready for use within the next few weeks.

The second stage land use consent provides for the construction of nine netball courts, four squash courts, a multi-code clubrooms, helipad, car parking and landscaping of the eight hectare site.

In the long term the building and grounds will remain under the ownership of the Far North District Council but will be managed by a management committee which will include all codes and groups using the facilities.

The separate squash building will also include toilets and a lounge facility and is scheduled for construction immediately following the completion of the multi-code facilities building and netball courts.

Provision will be made for a landing pad for the emergency helicopter service. The helipad was initiated as a Springbank School community enterprise project and has been designed and located in consultation with emergency services.

The project also makes provision for the possible construction of an indoor training arena in future years.

"Detailed attention has been given to the landscaping of the surrounds, to minimize the effect on the neighbours and also to make reference to an historic kauri railway which once ran through the area to service the logging industry. This will be recognized in a paved area with advanced kauri plantings on the north-eastern boundary of the sports fields.

"Discussions are also being held with Ngati Rehia on the possibility of including a cultural feature adjoining the main entrance on Waipapa Road, and plantings will be included to help screen the eastern boundary from adjoining properties," he said.

Provision had been made for pedestrian paths to link with Waipapa Road and the bypass and close to 300 on-site public car parks would be available for users and spectators.

"This will be a magnificent sports facility which should bring synergies between the different sports codes and user groups.

"The complex on completion will create a sports hub which in conjunction with Bay Sport and the Kerikeri Domain will have the potential to attract sports events with both a regional and national focus such as age group events for soccer and other codes," Mr Edmunds said.