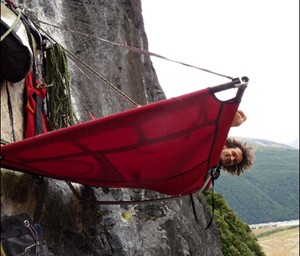 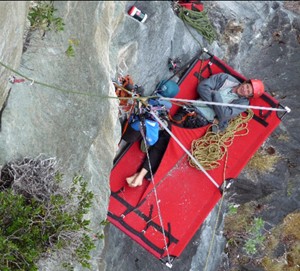 When four kiwi climbers attempt a new route on Nafees Spire on K7 in the Karakorum mountains of Pakistan, "it’ll be harder than anything we’ve done before," says Bruce Dowrick.

Bruce is spokesman for the team which will be setting off for the Charakusa Valley in Pakistan in mid-July to attempt the climb.

The New Zealand Himalayan Big Wall Expedition has been awarded a Hillary Expedition grant by SPARC.
The other members of the expedition are Adrian Laing, Scott Standen and Jon Seddon.

Bruce says all four men have climbed technical routes which would have been harder physically than the route they are planning to tackle. But the combination of the technical challenge plus the length of the climb meant this would push them all.

But Bruce says the climbers are all ambitious and have a good chance of success.

The route will involve 40 pitches of extreme free climbing on grade 28/5 12+ rock. They will spend 10-16 days climbing on a 1300m vertical granite rock wall. They will sleep on small hanging ledges, as they make their way up. Bruce says his preparation has included setting up a portaledge and sleeping out on it for the night, in the rain!

The group also hopes to make fast, alpine-style ascents of other large walls in the area.
Scott Standen

They will spend about 40 days at or above base camp (4400m). They have allowed time for load carrying and waiting out bad weather in their planning.

The climbers will be taking about 250kg of gear, which includes about 600m of rope.
They will fly to Islamabad, then on to Skardu. From there they will drive to Hushe. Base camp is three days trek from Hushe.

Asked about the security situation in Pakistan and Bruce says the climbers have been taking advice and will take a number of precautions including avoiding busy areas.

"We will be keeping our heads down."