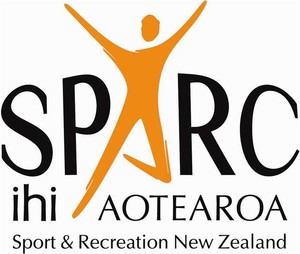 At SPARC (Sport & Recreation New Zealand) we're dedicated to getting New Zealanders moving. That means everything from supporting elite athletes to getting out into local communities and encouraging people to get active.


Friday, 24 September 2010
3:27PM
SPARC reminds adventurers they have three weeks to get their applications in Adventurers are being reminded they can apply for grants under the Hillary Expeditions Grants initiative run by Sport and Recreation New Zealand (SPARC). 266 views


Wednesday, 3 March 2010
8:40AM
SPARC has announced a $3 million investment in New Zealand Rugby League It is the largest single investment by the government in rugby league in the history of the sport in New Zealand. 805 views


Tuesday, 30 June 2009
10:42AM
New Zealand Himalayan Big Wall Expedition When four kiwi climbers attempt a new route on Nafees Spire on K7 in the Karakorum mountains of Pakistan, "it’ll be harder than anything we’ve done before," says Bruce Dowrick. 439 views


Thursday, 7 May 2009
7:13AM
Hillary Expedition update The climbers making up the New Zealand Nyambo Konka expedition are currently in the city of Ya’an in the Sichuan province of China, resting after a nine-day push on the mountain. 491 views


Thursday, 16 April 2009
4:42PM
Accelerator Programme to push coaches to next level Six coaches have been selected as the first intake for a pressure-cooker programme aimed at turning good coaches into great ones. 250 views

2:58PM
Accelerator Programme to push coaches to next level Six coaches have been selected as the first intake for a pressure-cooker programme aimed at turning good coaches into great ones. 482 views


Friday, 6 March 2009
1:47PM
Hillary Expedition Grants Announced A new route on a remote peak in Antarctica and a caving expedition aiming to reach record depths under New Zealand are among the challenges seven groups of adventurous kiwis are tackling in this year’s SPARC Hillary Expeditions. 332 views


Monday, 16 February 2009
10:45AM
SPARC welcomes landmark report for future of League SPARC congratulates the Independent Review Committee for completing a thorough and robust review which provides rugby league in New Zealand with a blueprint to be a sustainable, vibrant and growing sport. 1081 views


Monday, 30 June 2008
7:58PM
SPARC to clarify amount spent on administration costs Following John Key’s ‘sport for young Kiwis; a national priority speech in Waitakere today SPARC would like to clarify the following regarding the $35 million figure referred to as ‘never making it outside the Wellington office’. 310 views


Friday, 23 May 2008
9:37PM
SPARC meets with NZRL to discuss review SPARC had a positive meeting with NZRL yesterday to discuss its offer to undertake an extensive independent review of the sport. 369 views


Monday, 5 May 2008
10:42PM
Canterbury legend celebrates 20 years The principles of coaching sport to primary school children has not changed much in the 20 years Tony Harvey has been working at Sport Canterbury. 325 views