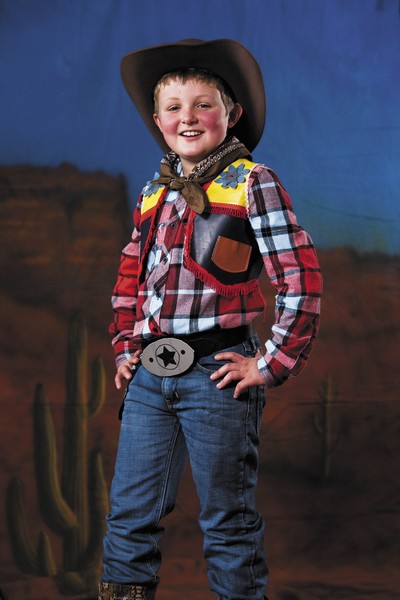 The search is heating up for one of New Zealand’s most well-known young adventurers – the MILKYBAR Kid – now the Top Ten Finalists have now been chosen.


Since August 9, parents and guardians have been filming audition videos of their children using a script from www.milkybar.co.nz and uploading them for their chance to fill the iconic boots of this much-loved character. Public auditions were also held at branches of The Warehouse, New World and Pak n Save nationwide.


Now, 10 children have been chosen as the Top Ten Finalists from over 1500 entries. Their names are being revealed over ten days on Good Morning and at www.milkybar.co.nz.


The second Top Ten Finalist is Asher Quin from Dunedin. He attends Rotary Park School and his mum Kirstin says he’s a good all-rounder, but is especially good at maths. He also loves sports and all the sporting heroes - when he grows up he wants to be a professional football player.


Wants to be the MILKYBAR Kid because he wants to show New Zealand what he can do, and thinks MILKYBARS taste really nice!


Asher joins Dominic Burrows of Invercargill in the Top Ten.


MILKYBAR spokesman, Jeremy Boucher comments, “We had such a terrific response to the search, and after a series of call backs and some very difficult decisions we’ve found our top ten. This has been an emotional journey and although we always knew there would only ever be one MILKYBAR Kid we never expected to see so many potential stars. It has certainly been tough to cut the contenders down to ten hopefuls.”


After all the finalists have been revealed, from November 1 the public can then vote on the website for the Finalist they think would be the best New Zealand MILKYBAR Kid. A panel of judges will pick the ultimate winner, who will be revealed on 19 November 2010.


The chosen child will star in the new 2011 MILKYBAR television commercial, and enter the hearts (and lounges) of Kiwis as part of one of New Zealand’s most iconic television campaigns.