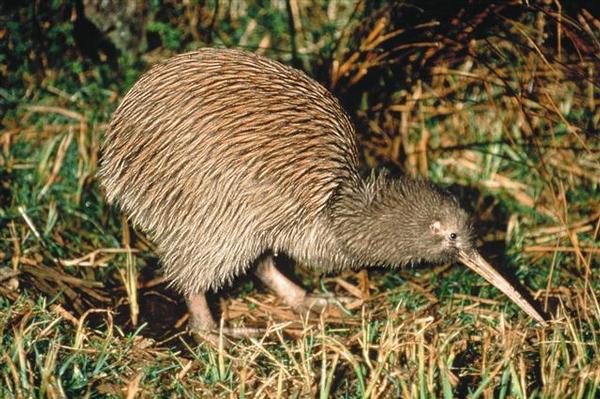 This is an offical press release from the Graf Bothers

It has been revealed through an OIA request that tagged kiwi have been dying in large numbers in one of our most heavily 1080 treated forests.

It would be reasonable to assume, after so much 1080 poison has been spread across the forest, there could be no sign of a ferret or stoat for miles - surely?

Not so. In the last 5 years, revealed through the DoC OIA request, 89 tagged kiwi, of all ages, have died in the Tongariro forest. Keeping in mind that the tagged kiwi only represent a fraction of the wild population, the actual numbers, from a population perspective, may be enormous.

More concerning is what's killing the birds. The assumed cause of death, in most cases ... is predation by ferret. We are told by DoC kiwi can defend themselves from mustelid attacks, once they reach 1.5kg in weight. Yet, many of these birds are adults.

When discussing the use of 1080, the DoC use sentences like "overwhelmingly successful", "very effective", "rapid knockdown" to justify their poisoning campaigns.
"It's the best tool we have for managing pests, and keeping predators at bay." At least that's what we're lead to believe by The Department of Conservation, the PCE, and Forest and Bird.

But what's really killing the birds? Surely not predators, going by what we're told about the effectiveness of 1080 at eliminating them. If it is predators, it would also be reasonable to say that the use of 1080 poison clearly isn't working. Surprisingly, given so much poison has been dropped across the forest, not a single kiwi from the 89 deaths has been tested for 1080 poison residues.

DoC say that the time-frames for the poison drops don't line up with the likelihood that 1080 could be a cause of death. Given the amount of poison dropped in the forest over the last 35 years, all endemic species found dead within the poisoned boundaries should be tested for poison residues, simply to eliminate toxins as a cause of death. Surely?

More concerning is the fact that in the last 15 years, with tens of millions of hectares of habitat being poisoned, only 5 kiwi across all of New Zealand have been tested for 1080 poison residues. It should be noted that kiwi are known to eat 1080 cereal bait, and 1080 residues have been detected in kiwi droppings.

On top of the 7 poisoned kea three weeks ago, the 3 poisoned kaka earlier in the year, the loss of 11 kiwi at Mt Bruce, 21 ruru in the Waitutu, the poisoned fernbirds, robins, tomtits and others, it is becoming more clear that the experiments with 1080 poison across our forests, aren't working.

After 35 years of poisoning campaigns, and desperately trying, there still isn't a single, credible scientific research paper that demonstrates a net population benefit to any native species through the use of aerially applied 1080 poison. Not one! And yet the drops continue.

Responsible, ground control methods do work. 50,000 hectares of the northern Te Urewera National Park is managed by DoC, trappers and volunteers. No aerial 1080 poison is used. We need to encourage, and replicate these methods, and eliminate the future use of aerially applied poisons.

The Election is less than two months away. If you'd like to see an end to 1080 poison, and more responsible, sensible methods of pest control implemented, please consider giving your party vote to UnitedFuture - the only party in government to make the banning of 1080, policy.

The Department of Conservation is concerned factual information about kiwi deaths in the Tongariro Forest has been inaccurately portrayed by anti-1080 campaigners.

A media statement released yesterday by anti-1080 campaigner Clyde Graf linked biodegradable 1080 with the death of 89 kiwi in the Tongariro Forest Kiwi Sanctuary over the past five years.

The release, titled “89 Dead Kiwi – 1080 clearly not working” selectively quoted information provided by DOC and claimed that 1080 drops in the forest had failed to protect kiwi.

It also suggested the biodegradable toxin itself could be responsible for the kiwi deaths.

However DOC says the release fails to point out that 1080 – which breaks down naturally in soil within weeks – was last used in the forest sanctuary almost four months before the first recorded kiwi death.

“We know that kiwi are at very low risk from 1080. DOC has monitored more than 280 kiwi both through and after aerial 1080 operations – some for well over a year – and we have never lost a single bird to 1080.” said Dr. Avi Holzapfel, DOC’s Kiwi Recovery Group leader.


“Claiming that the data shows that 1080 does not control predators is equally misleading. Only about half the deaths could be linked to predation, and the majority of these were chicks killed by stoats in years when 1080 was not used”

“Mr Graf fails to point out that chick survival in this forest more than doubled in each of the two years after the last 1080 operation in 2006 when stoat numbers were very low, compared to years without 1080.”

“Rather than claiming that ongoing predation shows that our pest control is not working, Mr Graf should have put more focus on the fact that predator control at Tongariro has resulted in many more kiwi surviving than would have otherwise. Claiming that 1080 has failed because some kiwi are still being killed by predators is like saying that an emergency department in a hospital is failing because it can not save everyone.

Dr. Holzapfel acknowledges the impact ferrets have on adult birds, with more than 10 adult kiwi having been killed by these predators. “We are learning that ferrets in particular are a significant threat to adult kiwi, and we are adjusting our management to protect birds against this emerging threat. It demonstrates the many pressures kiwi are facing in the wild. But it is extremely misleading to suggest 1080 has somehow played a role in these deaths, ”


Mr Holzapfel said full details of all the information provided to Mr Graf on deaths in the kiwi sanctuary is available on DOC’s website: www.doc.govt.nz/1080kiwi

Further information about biodegradable 1080 and its use can also be found on DOC’s website or by visiting www.1080thefacts.co.nz


followed by more facts ......that show DoC really dont know and are misleading the public by continuing the she'll be right approach

RE - In response to DoC's "1080 kiwi claims extremely misleading".

Firstly, I'd like to thank The Department of Conservation for the opportunity to raise further issues relating to the poor life expectancy for kiwi in the heavily 1080 poisoned Tongariro Forest.

DoC claim in their response..."we have never lost a single bird (kiwi) to 1080". That's an astounding statement! If DoC had have tested every kiwi that died within the poisoned area, they could make that claim. The fact is, from the information supplied, they haven't tested a single bird for 1080 poison residues from within the Tongariro Forest. Therefore, the claim is redundant.

Given the absence of randomisation, replication, and controls in much of DoC research, it is difficult to come to any sound conclusion when referring to what the likely outcome would be if 1080 were not used. But taking into account the persistence of the department in defending it's use of 1080, the data would likely be biased - hence the need for blinding.


In their response, DoC also claim ... "Mr Graf fails to point out that chick survival in this forest more than doubled in each of the two years after the last 1080 operation in 2006 when stoat numbers were very low, compared with years without 1080".

Once again, an astounding statement. Chick survival in the Tongariro Forest doesn't look good, going by the information supplied by the DoC.

The following Information is contained in the DoC OIA ...

Between September 2007 and March 2011 (about 4.5 years) 88 kiwi chicks were fitted with radio transmitters. Of these, only 5 are known to be alive - and of these, 3 were tagged within the last year.

If the 3 chicks that have been fitted in the last year are included, the percentage of known survivors from the original 88 is just over 5%. But this doesn't mean these 5 birds are going to make it to adulthood. Chances are, they won't.

Of the 67 adult birds radio tagged, 24 are stated as being alive, as of July 2011.
19 are assumed to have been predated on, and 7 classed as "unknown" and "misadventure". (Why were these birds not tested, to eliminate poison as a cause of death?). The remainder dropped their tracking equipment.

Kiwi can live for over 60 years. If so few kiwi chicks make it to adulthood in the Tongariro, and the tiny percentage that do are likely to be predated on, kiwi look like being extinct in the Tongariro forest within a generation.

It would seem the data is being selectively analysed by the DoC, and the public are being mis-informed. DoC are focusing on claiming they get a certain percentage of fledgling survival from many species of native birds, including kiwi. Fledgling success has nothing to do with population success. What good is it if a chick lives for a few months and dies, or is killed before reproducing?

If the data was analysed correctly, and looked at life-span, and not "fledgling success", it would be determined that the use of 1080 for pest control, isn't working. Not only is 1080 poisoning the entire ecosystem, it's endangering the welfare of our native wildlife.

The information being fed to the public is that 1080 is helping kiwi survive, when in fact, there's absolutely no evidence of that. New methodology is needed urgently - not more poison.

Conversely, we are informed that 5% of kiwi in untreated areas make it to adulthood. With targeted pest control, using trapping and non-persistent poisons, (not 1080) that figure could be raised substantially - if the use of 1080 was abandoned. Victor McClean, a kiwi recovery contractor on the Coromandel Peninsula, claims to get over 50% chick survival - without 1080 poison.

As a representative for UnitedFuture, I can say that I will be working hard to ensure that the UnitedFuture policy of banning 1080, is realised - and more responsible, sustainable pest control methods are employed.

1080 is not only a primary (kills victim after ingesting the bait) killer, but also causes secondary poisoning. For example, if a kea eats a poisonous bait, as was the case 3 weeks ago, it will die. If a kea, the only carrion (dead flesh) eating parrot in the world, were to eat a 1080 poisoned possum carcass, it may also die from secondary poisoning.
Poisoned carcasses can kill for months, even years after primary poisoning occurs.

1080 is persistent, especially in winter. Baits can last for months in dry and cold areas - and in regard to how 1080 breaks down in soil - research is still being undertaken.

1080 is a broad spectrum insecticide, and many of our native birds are killed by eating poisoned insects. Kiwi are omnivores - meaning they eat insects, and other types of foods. The Tongariro food supply of many native species has been repeatedly poisoned over the last 35 years. It's hardly any wonder kiwi aren't doing well. We could safely assume many other native species are in the same boat.

We are yet to see the full impact that the poisoning of New Zealand forests is going to have.

The facts regarding 1080 use in New Zealand are available at www.thegrafboys.blogspot.com