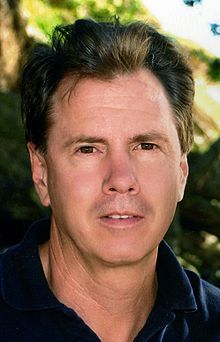 Last Friday, the New Zealand Court of Appeal dismissed an appeal by www.kiwisfirst.com publisher Vince Siemer against his conviction and sentence of six weeks in prison for contempt of court.  The conviction followed the publication of the secret judgment of Auckland High Court Justice Helen Winkelmann in December 2010, which denied the Urewera 18 (later reduced to 4) their statutory right to trial by jury.

Mr Siemer has been ordered to present himself to the prison on 25 May 2012 but his lawyer Tony Ellis intends to file an appeal to New Zealand’s Supreme Court, which if unsuccessful will clear the way for an application to the United Nations Human Rights Committee in Geneva Switzerland.

High Court Judges Simon France and Alan MacKenzie found Siemer guilty of contempt and sentenced him on 2 September 2011.  A week later the charges were dropped against 14 of the 18 defendants arrested under Terrorist Suppression Act 2002. Charges of weapons possession were laid thirty days subsequent to those arrests after the Solicitor General determined the Act was poorly written and effectively unenforceable
The remaining four were convicted of the weapons charges last month but the jury deadlocked on the more serious charge of operating in an organised gang.  They are currently awaiting sentence.

The contempt case was not widely reported by New Zealand media, perversely Auckland University Law Lecturer Jane Kelsey and others joined ranks with the judiciary to proclaim secrecy ensured justice in New Zealand.  Left unreported was a particularly odious ruling from High Court Justices MacKenzie and France which proclaimed that even unlawful orders must be obeyed until overturned.

Ordering Siemer to prison, the Court of Appeal agreed, ignoring evidence that Kiwisfirst.co.nz and at least one public watchdog had repeatedly applied to have the suppression order set aside, but had their applications denied on the basis they were not parties to the proceedings. The Court ruled that the prison sentence could have been greater under New Zealand law and  was expressly intended to send a strong message to not only Siemer for his “recidivist” offending but also the media at large.

Ironically after four years and millions of taxpayer dollars, the only person going to jail has committed the heinous crime of publishing material that should automatically be in the public domain of a free society, sadly New Zealand now ranks along with Iran and Vietnam as the only nations to send a reporter to prison for reporting on a criminal court judgment.