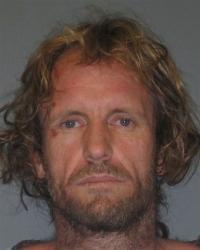 Northland Police are appealing for public help in finding a Kaitaia man after an armed incident north east of the town on Wednesday (26 September).

A warrant to arrest has been issued for Miles Ronald Walker, 41, who is described as dangerous and should not be approached.

Walker is Caucasian, 1.77m tall, of medium build with short fair hair and a rough appearance. He was wearing a singlet and camouflage shorts at the time of his disappearance.

Although he has close links to Kaitaia he could have travelled outside the area, and further afield than Northland.

Police have been making extensive inquiries in the last few days to find Walker in an effort to encourage him to give himself up.

“It’s important we find Walker and we urge him to get in touch with us so that this matter is resolved,” Detective Sergeant Trevor Beatson, Kaitaia Police said today.

Police had stopped Walker on Duncan Road, north east of Kaitaia, last Wednesday afternoon. He is alleged to have pulled a firearm from his car and ran into nearby bush.

Duncan Road was cordoned off and the Armed Offenders Squad (AOS), including a dog handler, was called in to assist in the search.

Police encourage anyone who sees Walker or who has information on where he might be to call police immediately – at Kaitaia Police Station on 09 408 6500 or 111. You can also leave information anonymously with Crimestoppers on 0800 555 111.

A photo of Walker is attached to this release although his appearance has changed slightly with his hair now shorter than that in the photo.