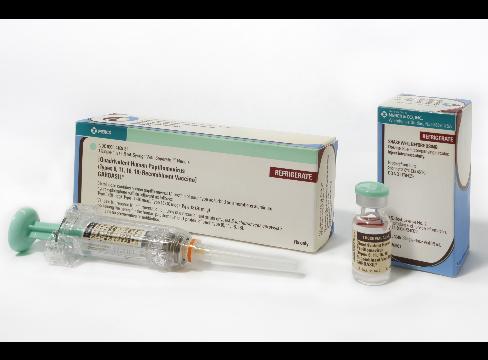 Gardasil What TV One news did NOT tell you

Death Rate continues to rise in both US and Euorpe

Last nights news on Gardasil - a Merck & Co vaccination for girls as young as 9 revealed the side affects of this vaccination for cervical cancer. The side affects they said were minor when studied seriously – sore arms, that’s to be expected the female spokesperson said. She obviously failed to do her research properly as thousands of women now suffer not from a sore arm, but from a paralysis of their arm and in some cases their legs as well.

TV One news also failed to mention the 15 deaths – in fact they never mentioned any deaths, not the 15 in America or the 2 in Europe, although they did mention the organisation that exposed the deaths focusing only side affects while omitting the deaths.

The European Medicines Agency posted a statement yesterday saying there have been two sudden and unexpected deaths in young women who had received the Merck HPV vaccine, which is marketed in Europe by Sanofi-Aventis. But the EMEA decided not to change the labeling info, given that 1.5 million women have already been vaccinated in Europe and because no causal relationship between the vaccine and the two fatalities has been found.

The spin merchants are quickly manipulating the situation. Merck has already been found guilty of killing hundreds with their Vioxx and Fosamax drugs see article here and reported side affects here
here

Will Gardasil be the third given that the company boasted that Gardasil was almost side affect free ?

Death is an inconvenient obstacle to sales – don’t be fooled, a causal relationship can be found

TV One News did say however, that Gardasil would not be banned here unless the US banned it first - which begs the question – is NZ not able to make its own decisions based on the precautionary principal?

An abundance of first hand evidence is now available which disputes the safely of this vaccination – in light of this should NZ not err on the side of caution given that the research on the long term affects of this drug over time has never been done?

It is recomended that this vaccination NOT be given with other vaccinations - but that was never mentioned on TV one News either.

Questions arise such as - are we witness to our politicians representing a pharmaceutical interests over the better judgment of parents who have taken the time to get behind the hype, the fear and the politics  and who are now having to protect their young girls and soon, boys from a drug whose effects on reproductive health is not known

Given that this vaccination has resulted in still births and miscarriage are we willing to jeopardize young girls reproductive health in order to save them from something they may or may not get when they get older?

The risks of this Merck drug far outweighs any potential cancer risk – where are the voices protecting our young girls?

Clearly the MOH advocates are not, nor is the government acting in parents and chidlrens best interests -  and lets get real here - these are the same organizations that failed to act on the thalidomide scam the continuing Dow chemical scam the cervical cancer scam of the 80’s and the birth defects caused by Agent orange and more.

Clearly all evidence shows that these organizations can not be trusted to speak out against heavily funded pharmaceutical companies despite the growing risk factors of a dangerous and over hyped under researched and over priced drug.

TV One also failed to inform that thus far Merck & Co have made over $1.5 billion from Gardasil causing Time Magazine to call it a ‘shot in the arm for the embattled company.

TV One news also failed to follow up on why the FDA approves Gardasil for girls 9 to 25 – most who are to young for sexual intercourse - but rejects it for women 27 to 45 - the age bracket that cervical cancer statistically presents itself.

“ U.S. regulators have told Merck & Co they cannot yet approve Merck's application to expand marketing of its cervical cancer vaccine Gardasil to an older group of women, ….Merck had applied for the use of Gardasil in women ages 27 through 45. The U.S. Food and Drug Administration said in a letter regarding the application that it has completed its review and there are "issues" that preclude approval within the expected review time frame, Merck said.”

The stats here have been taken from this web site
HPV Vaccine Victims Pile Up: $1.5B for Merck

The CDC chose to blow off NVIC's report and do nothing.

Two years after licensure, it is clear that GARDASIL has plenty of risks for young girls. Among the more than 130 GARDASIL reaction reports that have been filed with NVIC's 26-year old Vaccine Reaction Registry is one that was posted by a mother, who witnessed what happened to her daughter on the International Memorial for Vaccine Victims.

Amanda's mother describes her daughter as "a beautiful, active girl that was brought down." Only 14 when she was vaccinated, Amanda "became weak, tired and sick to her stomach" but the symptoms subsided. One week after the second HPV vaccination, her legs "became very weak and she started losing feeling in her feet." She was hospitalized in the Intensive Care Unit for four days with a diagnosis of Guillain-Barre Syndrome.

Amanda's mother said "The doctors thought we were CRAZY when we mentioned that the HPV vaccine could cause this."

"Amanda is constantly sick," says her Mom. "Something has suppressed her immune system so badly she can barely function. The depression got really bad because she is experiencing a lot of pain in her knees now and can't do any sports. She was once very active and right now can barely go to school We were told me her doctors that there is nothing more that they can do and that she could use a good psychiatrist."

How many more girls like Amanda and her mother have had their futures stolen by a vaccine that is supposed to prevent a viral infection that is cleared without any residual effects by more than 90 percent of all who get it to prevent a cancer that causes less than 1 percent of all new cancer cases and cancer deaths in the U.S. every year? Did Amanda and her mother know that cervical cancer can be prevented nearly 100 percent of the time with annual pap smears and early intervention when pre-cancerous cervical lesions are diagnosed?

Or did Amanda's Mom believe Amanda would be "one less" because a pediatrician told her so?

NVIC continues to receive reports from grieving mothers and fathers who can't find doctors to treat their once-healthy daughters who are now chronically ill and disabled after being injected with GARDASIL. In almost every case, the doctors are denying the vaccine had anything to do with what happened.

The tragic denial by the medical profession of the harm vaccines can do continues decade after decade after decade. When will doctors stop being marketers of pharmaceutical products and implementers of government policy and embrace the moral imperative to "first, do no harm?"