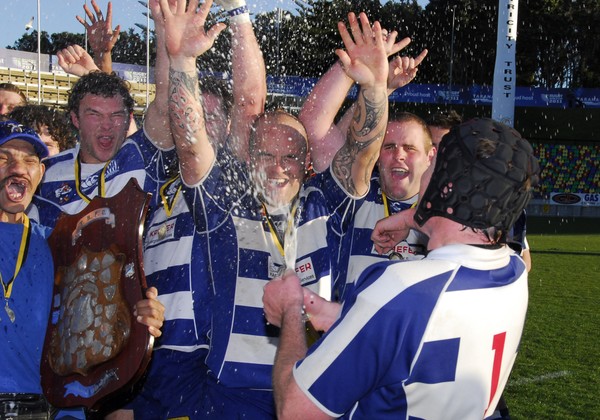 Tukapa rugby club players celebrate thier win in the 2010 Taranaki premier division final. A hard fort win after both teams were locked at 16 all with four minutes to play,  Tukapa converting a penalty to lead 19-16 New Plymouth Old boys had a chance to tie the game up with 1 minute to play with a penalty shot but it went wide and tukapa took the tilte.The game was played in ideal condition at Yarrow Stadium New Plymouth Saturday 24th July.