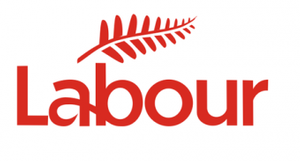 AUCKLAND CITY — “The conviction of John Banks today is another sad chapter for John Banks and the ACT Party”, says Labour candidate for Epsom Michael Wood.

Labour’s Information Technology spokesperson, Clare Curran, has today alerted the Ministry of Justice of a serious security flaw in its website.

Workers need to carefully examine their payslips as the KiwiSaver employer and employee contribution rate increases from 2% to 3% from today says Labour’s spokesperson, for Labour Issues Darien Fenton.

Tuesday, 19 March 2013
Politics 2:52PM
Government must back down on iPad tax too

The National/United Future Government’s plans for its petty iPad and cellphone tax should be dumped following Revenue Minister Peter Dunne’s appalling admission that due diligence for it hasn’t been completed, Labour’s Revenue Spokesperson David Cunliffe says.

Amy Adams is taking almost $400 right out of the pockets of Kiwi households with her delaying tactics on the Commerce Commission’s suggested price cuts, says Labour’s Communications and IT spokesperson Clare Curran.

Labour says the Government should change the law in response to a damning report by the Commerce Commission into monopoly pricing by Wellington Airport.

Politics 6:20PM
Please hold, your call is unimportant to us...

The Government knew that the Novopay service centre was not up to the job before the botched teachers’ pay system went live, says Chris Hipkins, Labour’s acting Education spokesperson.

The latest Household Labour Force Survey which shows some 30,000 Kiwis have given up looking for work has really put the wind up Paula Bennett, Labour’s Social Development spokesperson Jacinda Ardern says.

Defence Minister Jonathan Coleman should be ashamed by the number of Kiwi sailors jumping ship and joining the exodus across the ditch, Labour’s Defence spokesperson Iain Lees-Galloway.

Thursday, 7 February 2013
Politics 4:02PM
Where are the jobs, Prime Minister?

Today’s unemployment data, which shows that 33,000 people have given up on the labour market altogether, is an indictment on National’s economic failure, says Su’a William Sio.

Politics 2:12PM
Youth hung out to dry yet again

The Government’s so-called ‘focus’ on youth unemployment has been shown up for what it is – a PR stunt - with figures out today that show the number of young Kiwis not in education, training or work has gone up yet again, says Labour’s Youth Affairs spokesperson Megan Woods.

Dunedin Labour MPs have called on the Southern District Health Board to reassess their decision to exclude Presbyterian Services Otago from their list of providers of home help services for the elderly.

Chorus’s deliberate delay tactics with the Commerce Commission are a blow to Kiwi consumers and must be condemned by the Government, says Clare Curran.

The Government’s experiment with public private partnerships in schools will end up costing taxpayers $1.5 million more than it claims it will save, says Chris Hipkins.

Documentation released today clearly shows that Ministers must have been made aware of the extensive problems with the Novopay payroll system before they signed off its implementation, Labour’s Acting Education spokesperson Chris Hipkins says.

Politics 3:14PM
Lack of doctors is a major health concern

The report on doctor shortages released today by the Association of Salaried Medical Specialists should be a wake up call to the Government, says Labour's Health Spokesperson, Maryan Street.

Friday, 1 February 2013
Politics 4:06PM
Chaos still the order of the day for chemists

The Government’s plan to hold a ministerial inquiry into the Novopay debacle is a step in the right direction - but ultimately it is too little, too late, says Chris Hipkins, Labour’s acting Education spokesperson.

Politics 2:34PM
Revenue projections drop by almost $1b a month

The Government’s tax forecasts for 2012 - 2016 have dropped by almost $1 billion a month since the election, highlighting its failure to boost growth and create jobs, says Labour’s Finance spokesperson David Parker.

Hekia Parata’s glib dismissal of the non-payment of Ministry of Education staff today as “karma” is outrageous, and John Key should tell her to apologise, says Chris Hipkins.

The Government doesn’t just have a blind spot when it comes to child poverty, it has a major case of denial, Labour’s Social Development spokesperson and Spokesperson for Children, Jacinda Ardern says.

At a time when many parents are struggling with the constantly increasing cost of living, John Key’s government is asking them to pay more and more for their children’s education too, Labour’s acting Education spokesperson Chris Hipkins says.

The Government's johnny-come-lately plan to increase the number of apprentices has a more than $50 million hole in it, says Grant Robertson Labour’s Tertiary Education, Skills and Training Spokesperson.