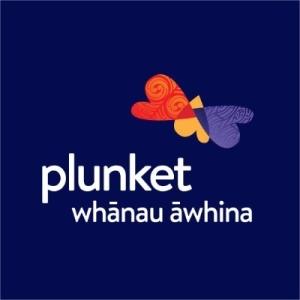 Plunket is urging New Zealand families to think about their kids’ safety while they’re on the roads this holiday weekend.

New Zealand’s largest provider of services to support the health and development of children under five welcomes today’s release of the government’s White Paper for Vulnerable Children.

Volunteer Awareness Week (17-23 June) is a chance to acknowledge and thank more than one million New Zealanders who give their time and skills to make a difference in their communities every year.

With winter now officially here, keeping babies and young children warm and safe is a priority for families.

Monday, 7 May 2012
Fundraiser 11:02AM
Join Plunket and celebrate the incredible women in our lives

The horrific car accident this week near the Waikato town on Patetonga has prompted Plunket to restate the importance of child car seats.

Plunket is urging people to have their child car restraints checked before the busy Christmas holiday season.

Tuesday, 16 August 2011
News 9:55AM
Plunket backs report into lack of investment in children

NZRU’s Principal Partner and All Blacks Principal Sponsor adidas is stepping up to help give kiwi kids the best start in life.

Births 9:10AM
Plunket stats show breastfeeding on the rise in New Zealand

New Zealand’s largest provider of services to support the health and development of children under five welcomes the launch today of a Green Paper on vulnerable children.

Following Plunket’s announcement last week of plans to pilot an innovative new information system called PlunketPlus, there has been speculation around the demise of the ‘Plunket book’.

INVERCARGILL — A Memorandum of Understanding (MOU) signed today between Plunket, Awarua Social and Health Services, and Invercargill Police will see more positive outcomes for children and their families.

News of a measles outbreak in Auckland has prompted Plunket to restate the importance of immunisation.

A graphic DVD showing the affects of Shaken Baby Syndrome, which will be shown to every mother who gives birth in Auckland from July, has been welcomed by Plunket.

On 12 May, the anniversary of the birth of Florence Nightingale, it’s time to celebrate nurses around the world through International Nurses Day.

One of the world’s leading authorities on child health and safety, The American Academy of Pediatrics (AAP), has issued new recommendations on child car seat safety.

CAMBRIDGE — Sarah Ulmer and Plunket have partnered up for this year’s Sarah Ulmer Brand (SUB) Stride or Ride Event in Cambridge on Mother’s Day, Sunday 8th May.

News of six cases of English measles being confirmed in Hastings has prompted Plunket to restate the importance of immunisation.

CHRISTCHURCH — Plunket is urging parents and caregivers to be vigilant about child safety following the Christchurch earthquake.

CHRISTCHURCH — An auction held in Paris yesterday has raised $51,000 for Plunket children and families in Christchurch.

CHRISTCHURCH — While normal services remain suspended in Christchurch, Plunket is working with a number of other organisations to provide as many services as possible.

Plunket says the Advertising Standards Authority decision to uphold a complaint against a television advertisement that showed a baby lying face down is a great step towards putting the safety of our infants first.

New Zealand can now move on from the referendum and concentrate on increasing support for parents to enable them to raise their children in a positive and nurturing way says Plunket.