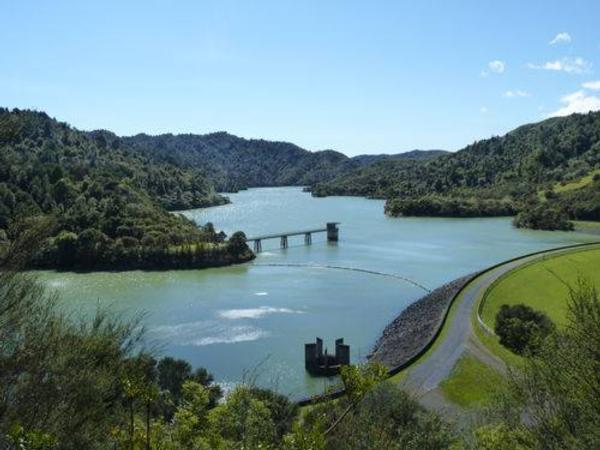 Auckland water supply to be poisoned by 1080

"The Environment Court has decided the interim injunction jointly sought by Friends of Sherwood Trust and Ngati Paoa Trust Board will expire at 5pm today.

This means that the Auckland Council and the Department of Conservation can aerially poison the Hunua water catchment with 45 tonnes of deadly poison baits any time from 5pm tonight.

“We are devastated that the Environment Court has not extended the interim injunction” says Tricia Cheel and Karla Allies in a joint statement from the applicants. “Unless the Council reviews its position it can now deposit 45 tonnes of deadly 1080 poison baits over the Hunua water catchment and into the many streams that feed Auckland’s public water supply and many private water takes.”

The Hunua catchment supplies two thirds of Auckland’s public water supply and at least 100 private-water takes. No evidence has been made available to show exactly how many private water takes are affected.

1080 poison kills rodents and possums, but it is also extremely toxic to humans, dogs, stock and many species of native bird. In fact, all life that relies on oxygen, including aquatic creatures, trees and plants. It is an eco toxin as labelled by the manufacturer. Eight cows were killed and two calf foetuses aborted on a farm near Te Kuiti last week after they were accidentally exposed to 1080 poison baits from a DoC run aerial pest control operation. 1080 has no known antidote and is prohibited in most overseas countries.

Its toxicity, sublethal effects on fertility and teratogenic effect on foetuses, and absence of any antidote are acknowledged by expert Alistair Fairweather in evidence the Department of Conservation lodged in the case. The potential harm is widely accepted. The disputes are over what exposure is safe, the indiscriminate effects of 1080 and the toxicity of the residual products and repeated uses, as rats typically bounce back to pre-poison levels after 3 to 6 months and then continue to increase in numbers 4-5 fold.

The court proceedings have exposed some extremely concerning gaps between the protections that are required by law and the steps the Council actually takes to protect people and the environment.

The court has assumed all the rules and legal protections will be followed. The community is concerned from past practice that they will not.

The case has also identified defective consultation with Ngati Paoa Trust Board - the mandated tangata whenua - and with neighbours of the operational zone who source water from streams in the catchment or from roof supplies which may be affected by poison dust.

Karla Allies, Environment officer for co-applicant Ngati Paoa Trust Board is relieved that the Department of Conservation has started to consult with the Trust Board, but is not happy with the conduct of Auckland Council. She says:. “The Council continued to ignore us and our concerns about the cultural and spiritual effects of adding this deadly poison to a water catchment and directly into streams as well as our concerns about the torturous deaths of sentient beings. We must find a better way! Ngati Paoa Trust Board endorsed a rahui against the poisoning but still the Council ignored us. Even after we joined the proceedings, we still did not get routine updates from the Council. We need innovation and boots on the ground to heal our forests, not toxic poison drops from helicopters over the whole eco-system."

The case has also put focus on the need to better balance the health and wellbeing of communities against the current government’s expanded use of aerial poison. Many communities around New Zealand felt helpless after Regulations were passed last year to exempt aerial poisoning from Resource Management processes says the applicants’ lawyer Sue Grey. This removed the opportunity for consultation with communities, consideration of local community values The regulations also removed the opportunity for consent authorities to impose conditions to help minimise risk. “It has created enormous tension as people feel they have been deliberately excluded from democratic processes” People often need a resource consent to make their fence a little higher or a sign a little bigger, yet intentionally poisoning Auckland’s water catchment with 45 tonnes of deadly poison is somehow exempted from public input”. She has already spoken to the Minister for the Environment David Parker to encourage him to urgently review these regulations.

The case has also put the spotlight on Auckland Council’s claim that aerial 1080 poison is necessary to protect the already thriving kokako population. The most recent Annual Kokako Report states that with ground control Kokako “population growth rates between 2010 and 2014 have increased dramatically”. There were Kokako 55 pairs by 2014. At least 20 additional kokako were translocated to the Hunuas after the 2015 aerial poison drop.

Lawyer for the applicant Sue Grey says “it is curious that the Council relied on protecting Kokoko to justify adding 45 tonnes of deadly poison to the Auckland water supply. The council’s most recent Kokako report shows Kokako were thriving without 1080 poison. No research has been published to assess the effects of the 2015 aerial poison drop on the Kokako. But the 2018 counting survey started on 8 Sept. They are about half way through the management area and have counted 69 pairs of kokako with a few more sighted outside the management area. There are also good sized chicks doing well that have now been leg banded. 1080 poisoning at this time of year will be extremely detrimental to the many nesting birds and parent birds feeding their chicks. Sue Grey urges a precautionary approach to the use of poison.” Nobody knows what effect it has on the food supply or fertility of the birds that DoC is trying to protect, let alone on humans and other non-target species” .

This case highlights the importance of consultation to identify and manage risks- and also for community buy in.

It was only the remarkable response by the Hunua community and the urgent assistance of the Court that exposed opaque processes to any public scrutiny at all- or even awareness that it was propose to drop poison into watercourses and riverbeds as well as over the forest. Few knew that the intent to target stoats from secondary kill was “off label” and required poisoned animals to be left for stoats, bird and other animals to eat.

Tony Gyde is one of many local resident who is disappointed. The former owners of his land lost their dog “Lulu” during the 2015 aerial poisoning after she ate poisoned possum that had washed onto the property after a storm about three weeks after the 1080 drop, and after the danger warning signs had been removed by Council. He is concerned for his own family and pets, their water supply and for the organic status of their farm.

Over 50 New Zealand doctors led by Dr Urlich Bryant a GP from Titirangi have today released an open letter to Government and to the Auckland and Waikato Councils opposing poison being added to this water catchment due to health concerns.

“As doctors, we are extremely concerned about the health risk of depositing poisoned bait over 22,500 hectares of the Hunua water catchment area. Specifically, we are concerned about Sodium Fluoroacetate (SMFA / 1080), a known deadly poison which is known to cause sub-lethal effects on reproduction and is classified as a teratogen, having potential to contaminate the Auckland water supply.

There is no effective antidote for 1080 poisoning in humans.

We are extremely concerned that public officials are not adopting a far more precautionary approach to the safety of the Auckland water catchment, especially when the effects of 1080, a highly soluble poison, is not quantifiably able to be tested on how it affects the health of humans.”

Dr Bryant’s affidavit prepared for the court was rejected because it was provided outside the very tight deadline fixed by the Court.

The applicants are still deciding on their next steps from here."