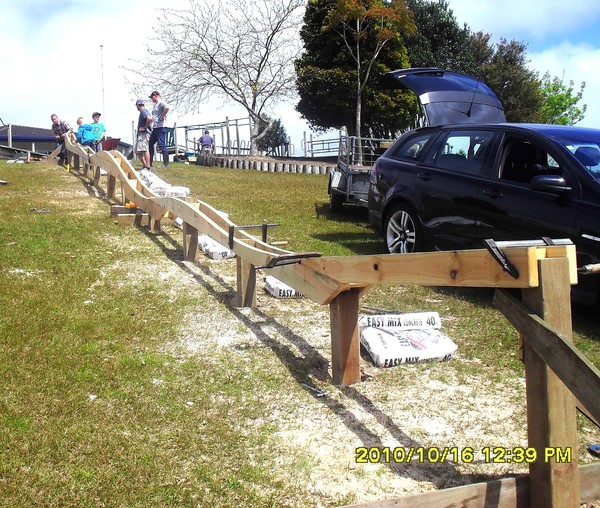 In 2009, Mrs Jennie Le Sueur, Sports Coordinator of Chelsea Primary School presented an idea that generated a unanimous approval from the student body.

This Saturday, October 16, 2010 marks the initial stages of the building of this massive car race track, as the post holes were dug and the structure erected on the schoolgrounds of the school.  All students are enthusiastic about this great addition to their adventure playground and will surely get a huge surprise when they come in on Monday.

The car race track was designed by Neil Hayter, grandfather of one of the Year 1 students in Chelsea School.  This will be built by Neil himself, along with other parent helpers.