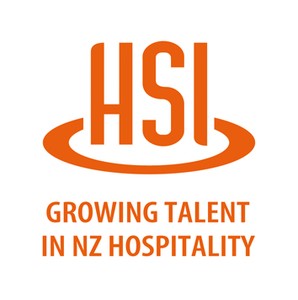 The Hospitality Standards Institute (HSI) is the industry training organisation for hospitality in New Zealand.

HSI develops and looks after qualifications to up-skill people in all five sectors of hospitality. Promoting hospitality as a profession to school students, employers and workers, is a key part of what HSI does. So too is the supply of innovative and industry-relevant products to support training.

Investing in high quality training paid off for McDonald’s NZ at the hospitality industry’s national training awards on Sunday night, when it picked up the HSI Supreme Award for Excellence in Training 2012.

Tuesday, 2 October 2012
News 9:24AM
Congratulations to the finalists in the 2012 HSI Awards for Excellence in Training

HSI is pleased to announce that the finalists in the 2012 HSI Awards for Excellence in Training have been chosen.

Tessa Walker of Cook’n with Gas, Christchurch and Cameron Lock of the Upper Hutt Cosmopolitan Club showed they have what it takes to become future industry stars after being named New Zealand’s top hospitality apprentices in the annual HSI Modern Apprentice of the Year competition.

A competition to add spice to the first school term is open for cookery students in Year 12 or 13 who want to be a chef.

The board of the Hospitality Standards Institute (HSI) has appointed Ken Harris, of Harris Management Solutions, as its new Chief Executive.

Hospitality students at New Zealand secondary schools have risen to the challenge to celebrate cauliflower, coming up with creative recipes to show off the classic vegetable.

Forty-eight hospitality professionals, the majority chefs, received their National Diplomas and Certificates at the HSI Achievement Awards, some on July 26th in Wellington and others on September 1st in Rotorua.

Cooking can be a comfort as well as a skill.

Elliott Pinn of The George Hotel in Christchurch and Monique Rutene of Fiordland Lodge in Te Anau, showed they have what it takes to become future industry stars after being named New Zealand's top hospitality apprentices in the national annual Hospitality Standards Institute Modern Apprentice of the Year competition.

Several of New Zealand's top hospitality apprentices are busy practising their skills now, getting ready for a competition to win a trip to London or to Melbourne, and the opportunity to work in some world-renowned restaurants.

The review of tertiary qualifications in hospitality has now begun in earnest.

The Hospitality Standards Institute has a vacancy on its Board in March 2011 for a representative of the cookery sector of hospitality, and invites expressions of interest from individuals who consider they might meet the requirements.