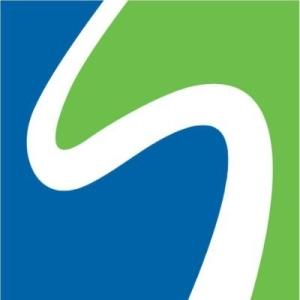 Hamilton is in the midst of high growth as it emerges as a sophisticated metropolitan city. The city is young, passionate, ambitious and is carving a distinctive and vibrant future for itself. At the forefront of science, industry, education, and commerce, its energy is reflected in its people, its 24 hour culture, iconic events, and creativity. Hamilton is real, honest, relaxed, and down to earth, a rich blend of history, many cultures, and endless opportunity.

HAMILTON — Visitors to Hamilton Gardens can now enjoy one of the earliest garden types in the world with the new Ancient Egyptian Garden open from 10am Tuesday 10 May.

HAMILTON — Hamilton city will be all “red, yellow and black” as finals fever grips the city for Saturday’s Investec Super Rugby final at Waikato Stadium.

HAMILTON — Hamilton’s young people have a chance to physically challenge themselves at this Friday’s Street Legends event.

HAMILTON — The Vodafone Warriors will be fielding most of their experienced players in the club’s second 2013 NRL trial against Penrith at Waikato Stadium in Hamilton on Saturday (4.00pm kick-off).

HAMILTON — The birth of not one, not two but three rare Nepalese pandas has thrilled keepers at Hamilton Zoo.

HAMILTON — The Potter Children's Garden, at Hamilton's Parana Park, will be closed between Tuesday 12 February and Friday 15 February for minor work.

HAMILTON — Waikato Police say the consequences of poor decision making on the behalf of young people are readily apparent today as officers investigating the death of a young man early this morning deal with a variety of victims.

HAMILTON — The Vodafone Warriors are gearing up for their pre-season match against the Penrith Panthers on Saturday 16 February and in the lead up to the game, there are some great media and photo opportunities.

HAMILTON — A week of drop-in sessions for Hamiltonians wanting to become more familiar with the Proposed District Plan begins next Monday, 11 February.

HAMILTON — The relationship between Hamilton and the Belgian city of Ieper is to be formally endorsed on Tuesday.

News 3:14PM
Get ready Hamilton - Back 2 Back February is here!

HAMILTON — Back 2 Back February is an action packed month of events taking over the city’s venues, parks and facilities over the next few weeks.

HAMILTON — Hamilton Mayor and councillors will be meeting on Tuesday 5 February at an informal workshop to discuss the Hamilton Theatres Review.

HAMILTON — Waikato and Chiefs rugby’s fortress is flirting with the round-ball game.

HAMILTON — Hamilton Gardens is one of the first parks in New Zealand to earn the prestigious Green Flag Award for excellence and high standards in public parks.

HAMILTON — Traffic flows in the east of the city will ease from next Tuesday (29 January) when a key transport link opens.

HAMILTON — Waters The programme to upgrade water mains around the City is continuing.  Currently there are projects underway in St Andrews Tce, Rawlings St and Ohaupo Rd.

HAMILTON — Always wanted to see a baby zebra? Well here’s your chance at Hamilton Zoo! Hamilton Zoo is celebrating the birth of a baby Zebra who was born two days ago on Monday 21 January.

HAMILTON — Hairy Maclary and friends are making their way to Hamilton.

HAMILTON — The Splash Pad at Hamilton’s Waterworld complex is temporarily closed for maintenance.

HAMILTON — The Club Aqua fitness facility at Hamilton’s Waterworld pools complex will be closed temporarily this week for a refit.

HAMILTON — Hairy Maclary and friends are making their way to Hamilton.