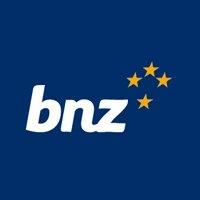 CHRISTCHURCH — Key cyclists are expecting a war of attrition at this weekend’s Calder Stewart elite road national championships in Christchurch.

Small business owners are hands-on, expecting growth and aware of their development needs according to a new survey of BNZ small business customers released today.

Bank of New Zealand (BNZ) has today reported cash earnings for its New Zealand banking operations* for the year ended 30 September 2012 of $741 million.

Guy Ensor is on a mission to support some of the most critical infrastructure developments New Zealand will see this decade.

BNZ is pleased to announce the appointment of Adrienne Duarte as its new CFO.

Time is running out for New Zealand’s talented writers to enter the 2012 BNZ Literary Awards.

BNZ has introduced a new dual-interface chip card which gives customers the ability to make contactless payments, while still able to make payments the traditional way.

Tuesday, 29 May 2012
Finance 8:19AM
Aussie Dollars now within cooee of the office

Kiwis wanting Aussie cash will be able to easily withdraw what they need from four newly souped-up ATMs around Auckland, making a trip across the ditch that little bit easier.

Thursday, 10 May 2012
Banks 12:36PM
BNZ reports a strong result in a restrained economy

Bank of New Zealand (BNZ) has today reported cash earnings for its New Zealand Banking operations  for the six months to 31 March 2012 of $385 million.  This is an increase of $56 million or 17% compared to the half year to September 2011.  Underlying profit  for the period has increased by $37 million or 7.0% over the September 2011 half year.

BNZ is calling for New Zealand’s best and brightest writers with the BNZ Literary Awards returning for the 53rd year.

Wednesday, 28 March 2012
Community 10:55AM
High demand for volunteers as bank Closes For Good

More than 770 community organisations nationwide have put their hands up for help during BNZ’s Closed for Good day.

BNZ wants this year’s Closed for Good day of nationwide volunteering to be the biggest, brightest and busiest ever.

AUCKLAND CITY — BNZ have today announced they are extending their business capability scheme to include senior managers of SMEs.

Friday, 17 February 2012
Community 10:27AM
BNZ is Closed for Good... ...and calls for community projects across the country

On May 8, BNZ employees and members of the community will be getting stuck into some of the thousands of odd jobs that that need doing around New Zealand while the bank is “Closed for Good”.

BNZ’s ATM network is now more reliable than ever, thanks to a New Zealand-first investment that anticipates when the bank’s ATMs are in danger of breaking down or not working.

FaceMe has been crowned winner of BNZ Presents: The Virgin Business Challenge, after being judged best by some of New Zealand's top entrepreneurial and business minds.

In 2011 home is seen as a safe haven and Christmastime still means family time to New Zealanders; that is the heartwarming finding of the inaugural BNZ Face of the Nation Survey.

The top ten finalists for BNZ Presents: The Virgin Business Challenge have been announced, in the next step towards finding New Zealand’s best entrepreneurial talent.

Friday, 2 December 2011
Banks 4:55PM
BNZ retains its AA rating with a one notch move from AA to AA- after the S&P Global Rating Methodology Review

The online and technology industries have dominated entries to a business challenge, which has attracted 263 entrepreneurs, all vying for a prize package that includes $100K and time with Sir Richard Branson.

AUCKLAND CITY — Auckland City business will benefit from one of New Zealand’s leading business directors, with John Waller accepting the reins as chairman of BNZ Partners in Auckland City.

Entrepreneurs with what it takes to go global have until 17th Nov to stake their claim Kiwi companies need to get in quick to take advantage of a unique opportunity to take their business to the world.

Bank of New Zealand is pleased to announce the availability of a wide variety of CNY related services for its clients, an essential role in New Zealand’s trade with China.

The Virgin Group and Bank of New Zealand today put out a challenge to New Zealand businesses to prove they have the “right stuff” to go global.

Bank of New Zealand today announced initiatives that are set to save small business clients a collective $5 million per annum, and provide facilities to take their business to the next level.

Last night’s celebration of one of the most significant events on the Chinese calendar carried an important message for the future success of New Zealand business.