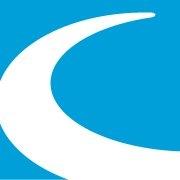 Friday, 6 May 2022
Entertainment 2:34AM
Aussie music returns to the slopes for 'Queenstown Long Weekender'

QUEENSTOWN — Australia’s hip hop legends Hilltop Hoods are set to headline one of Coronet Peak’s biggest Night Ski parties of the season, as part of a long weekend of music on the slopes this July.

QUEENSTOWN — Coronet Peak is getting ready to wrap up its third successful summer season this weekend.

QUEENSTOWN — Work has started on the high-speed chairlift, snowmaking, trail and carparking development programme at Queenstown's The Remarkables ski area.

New Zealand's premier ski areas in Queenstown and Canterbury have released season pass pricing for 2014 and announced the start of a multi-million-dollar new development at The Remarkables.

Wednesday, 25 September 2013
Multisport 9:12AM
The Mt Hutt Peak to Pub race kicks off for the 15th time this Saturday

MT HUTT — The annual Peak to Pub multisport race, now in its 15th year, continues to attract hundreds of individuals and teams keen to get themselves from the top of Mt Hutt to the Blue Pub in Methven.

QUEENSTOWN — For the remainder of the 2013 season Coronet Peak and The Remarkables in Queenstown are offering people two days of recreational rental equipment free when they purchase two day lift passes.

QUEENSTOWN — Some of the world's top freestyle skiers and riders pulled out their best 'tricks' in front of thousands of spectators at the Parklife Invitational rail jam in downtown Queenstown last night (Saturday August 17).

Tuesday, 13 August 2013
Sport 1:50PM
Freestylers bringing it all to MotoX and freestyle Parklife Invitational in Queenstown

QUEENSTOWN — International freestyle sports celebrities will be 'bringing it all' to the 11th annual Parklife Invitational being held in downtown Queenstown this weekend (Saturday August 17).

MT HUTT — Forty seasons of fun in the snow calls for a celebration – and that's exactly what Canterbury's Mt Hutt has planned for this coming weekend (August 3 and 4).

QUEENSTOWN — An anticipated huge crowd will be in for a night of pure adrenalin when motocross meets freestyle for the highly-anticipated Parklife Invitational in downtown Queenstown on Saturday August 17.

QUEENSTOWN — Queenstown's Coronet Peak ski area and nearby exclusive The Hills golf course have teamed up to offer the Ultimate Winter Experience.

MT HUTT — A very tired Mt Hutt crew are looking forward to a good night’s sleep before welcoming skiers and boarders back onto the slopes tomorrow (Tuesday June 25).

Saturday, 22 June 2013
Business 2:45PM
The Remarkables 'the place to be' opening with 'perfect' snow conditions

QUEENSTOWN — Queenstown's The Remarkables ski area kicked off its ski season today (Saturday June 22) with well over a metre of snow on its slopes and all chairlifts open and operating.

MT HUTT — Immaculately groomed slopes and a genuinely warm welcome await avid skiers and snowboarders when Canterbury’s Mt Hutt opens this Saturday (June 15) as it celebrates 40 years of fun in the snow.

QUEENSTOWN — Queenstown's Coronet Peak ski area played host to 15 very special Kiwi kids and their caregivers as part of the annual Cure Kids Ticket to Hope trip this weekend.  The brave young children, who each live with a life-threatening illness, came from all over New Zealand to enjoy a weekend away from their day-to-day worries in the adventure tourism hot spot of Queenstown.

QUEENSTOWN — Queenstown's Coronet Peak ski area today (June 8) celebrated in style as the first Australasian ski field to open for winter, with all signs pointing to a "fantastic" season ahead.

QUEENSTOWN — Queenstown is officially open for winter as the 2013 season kicks off at Coronet Peak on Saturday (June 8).  Coronet Peak will be the first ski area to open in Australasia, boasting some of the best opening day snow cover seen in recent years.

METHVEN — The Rocky road trip is on -- after two years of uninvited residence in a Heathcote Valley home, 'Rocky' has today (Thursday May 30) embarked on the first leg of his journey 'home' to Mt Hutt under the watchful eye of new owners NZSki.

MT HUTT — Arguably the most famous rock in New Zealand – Rocky the rock that tore into a Christchurch home during the February 2011 earthquake – is heading ‘home’ to Mt Hutt ski area.

QUEENSTOWN — The start of snowmaking today (Thursday May 23) at Mt Hutt in Methven and early this morning at Coronet Peak in Queenstown signals the impending opening of two of New Zealand's most popular ski fields.

Friday, 10 May 2013
Skiing 11:02PM
Queenstown's Coronet Peak celebrates second snowfall within a week in build up to opening

QUEENSTOWN — The weather gods have been smiling on Queenstown's Coronet Peak as a second snowfall within a week puts the mountain on track for its early June scheduled opening.