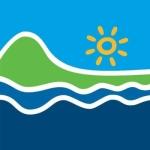 Bay of Plenty — The Environment Court today approved the resource consent for the operation of the Okere Gates at Lake Rotoiti and Ohau Weir at Lake Rotorua, after a negotiated agreement was reached by several parties.

Rotorua — This morning in the powhiri that formally welcomed you, our manuhiri, our visitors from outside of Te Arawa to our tribal lands, mention would have been made of our marae, our tribal homes.

Bay of Plenty — A report providing a number of funding options for river schemes was discussed yesterday (SUBS: 3 May 2011) by the Bay of Plenty Regional Council’s Operations, Monitoring and Regulation Committee.

Whakatane — The Whakatane/Ohope water supply is abstracted from the Whakatane River at the Water Treatment Plant in Te Tahi Street.

Bay of Plenty — The Okere Gates on the Kaituna River have been opened again.

Water 10:40AM
Good progress made on lake water quality

Whakatane — Whakatane District Council has said the prolonged wet weather is causing drainage problems in some sections of Matata.

Whakatane — Investigations to collect data on the impact of waves and currents, water depth and a survey of the spit surface have began after initial findings outlined in the Preliminary Situation Report on the Harbour Entrance.

Whakatane — Residents of Whakatane west (Poroporo area) are delighted with the boost in water pressure and flow following completion of a water supply system upgrade in the area recently.

Whakatane — Salinity of river water has increased during the last few days.

Whakatane —  Whakatane District Council is appealing to residents in Whakatane town and Ohope water consumers to conserve and use water sparingly over the coming few weeks.

Water 7:25AM
Call For Funding For Trials Of Alternative Fertilisers On Farms Around Lakes

Bay of Plenty — The time bomb of chemical leaching threatening Rotorua lakes and waterways can be worked through with alternative farming practices that not only maintain production but look after the environment according to fertiliser company Agrissentials.

Whakatane — Residents in Whakatane town (urban area) may be experiencing an unusual taste in the water due to increased salinity in the Whakatane River resulting from a combination of factors. 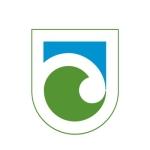 Bay of Plenty — A 60 year concession to Bay of Plenty Energy Limited to place part of a weir on, and to inundate a portion of, the Upper Kaituna Scenic Reserve on the Kaituna River, has been granted by the Director-General of Conservation Al Morrison, under delegated authority from the Minister of Conservation.