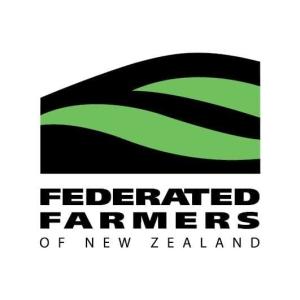 New Zealand's leading rural sector organisation, Federated Farmers of New Zealand represents 17,000 member farmers and rural families throughout New Zealand. A network of 24 provinces, together with associated area networks or branches, provides a locally based, democratic organisation that gives farmers a collective voice nationally and within each province.

Tuesday, 10 May 2022
Employment 4:42AM
Feds: Inflexible FPAs are 'a solution looking for a problem'

Federated Farmers is joining the fight against yet another case of politicians intruding with unnecessary, inflexible, one-size-fits-all legislation - this time over workers’ wages and conditions.

Average growth of 13 percent in pay packages in the last two years is another reason for more New Zealanders to consider a career in agriculture, Federated Farmers President Andrew Hoggard says.

Following the conviction and fining of farmers under the Resource Management Act, Federated Farmers supports the legal role regional councils play in protecting the environment.

Federated Farmers is applauding, Stop Stock Theft, New Zealand’s first ever online map designed to report and track suspected stock theft.  This joint initiative between Crimestoppers NZ, NZX-Agri and the Police will be welcomed by all farmers.

With the 2013 National Agricultural Fieldays now underway, so is reform of New Zealand’s red meat sector being championed by Meat Industry Excellence (MIE).

Federated Farmers is hugely relieved the meat export impasse in China has been resolved, but believes New Zealand and the Ministry for Primary Industries (MPI) need to take a hard look in the mirror.

Wednesday, 8 May 2013
Food 5:14PM
McDonald's removes the lamb from Lambton

A strategic plan between New Zealand and China, signed only on ANZAC Day to promote agricultural cooperation, has been reinforced by China overtaking Australia as New Zealand’s largest export destination in the March 2013 quarter.

With the South Island’s West Coast in the grip of drought, which is a highly unusual event, most farmers on the West Coast will have no idea how to cope with it or its aftermath.

Federated Farmers is concerned at the photograph on the front-page banner of this morning’s NZ Herald and again at page five.

Federated Farmers has asked the Commerce Commission to look into the selling of debt finance instruments known as ‘swaps’.  This formal request was made last November.

With rain greeting the Minister for Primary Industries, the Hon Nathan Guy, in the Hawke’s Bay yesterday, Federated Farmers has welcomed a brief break in the current dry spell.  A national summary is appended to this release.

With over two million square metres of floorcoverings needed for the Christchurch rebuild, Federated Farmers believes strong wool should be given a leading role.

Federated Farmer’s ‘When Life’s a Bitch’, rural mental health campaign, is under way and picking up traction.

With ACC claims for occupational quad bike accidents falling by 17 percent and serious harm down ten percent, a combined Government and industry focus on health and safety is working.

Federated Farmers’ 2012/13 Mid-Season Farm Confidence Survey reveals any increase in farmer confidence is largely confined to the dairy sector and even that comes off a low base.

Federated Farmers says New Zealand’s continual testing for impurities and open disclosure is why New Zealand primary exports are of the highest quality.