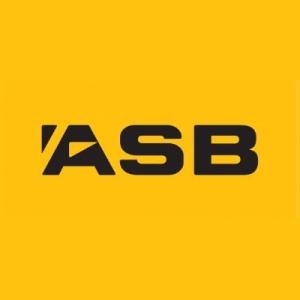 Tuesday, 31 May 2022
Finance 6:07AM
Hundreds of millions in government KiwiSaver contributions still up for grabs

With a month remaining until the 30 June deadline for New Zealanders to be eligible for an annual government KiwiSaver contribution, ASB says potentially hundreds of thousands of people could miss out on receiving the full benefit.

Confidence returning for Kiwi investors as concerns over Europe abate Rental property regains top position as most attractive investment class NZ investors still cool on the stock market Investor confidence has climbed to its highest levels since the end of 2010 according to the latest ASB Investor Confidence Survey.

ASB has reduced its 2 year fixed home loan rate from 5.45% to 5.25% per annum, the lowest unrestricted rate on the market.

ASB is now offering the same great fixed home loan interest rate of 5.45% per annum across all fixed terms of two years and under.

A continued focus on providing simple and innovative solutions for customers has contributed to ASB recording a 21% increase in Statutory Net Profit after Taxation to $685m for the year ended 30 June 2012, up from $568m in the prior year.

From today, ASB customers can make payments directly to their Facebook ‘friends’, in the latest enhancement to the popular ASB Mobile app.

ASB has been honoured as New Zealand’s best online bank by independent researcher CANSTAR in its first ever review of the nation’s online banking market.

Monday, 28 May 2012
Finance 9:17AM
Next generation of ASB Mobile brings cashless society one step closer

Customer feedback drives enhancements as New Zealand's most popular banking app passes 100,000 downloads ASB is set to transform the way New Zealanders send and receive money with the launch today of a major upgrade to its popular mobile banking app.

ASB is cutting its 4 and 5 year fixed home loan rates by 40 basis points.

• Europe to continue with its “muddle through” approach to dealing with crisis.

A resilient New Zealand economy has provided a platform for ASB to record a statutory net profit after tax of $372 million for the six months ended 31 December 2011, an increase of 31.4 percent on the same period last year.

Tuesday, 14 February 2012
Finance 2:18PM
Investors shrug off Europe worries and dig in for the long haul

Investor confidence has shown ongoing resilience, declining only marginally amid the gloom of the Eurozone crisis and continued low interest rates, according to the latest quarterly ASB Investor Confidence Survey.

ASB is reducing some of its fixed home loan interest rates by up to 0.20%.

ASB is reducing its fixed home loan interest rates by up to 0.40%.

Housing confidence eased slightly over the three months to the end of July, according to the latest ASB NZ Housing Confidence Survey.

Improved economic conditions have contributed to ASB recording a 27.6 percent increase in statutory net profit after tax to $568 million for the year ended 30 June 2011.

· New Zealand recovery gathering momentum · The global economy generally in good shape · The growing influence of Asia and New Zealand’s rising Terms of Trade imply a structural shift in the NZ and US dollars.

CHRISTCHURCH — ASB has today announced further customer support initiatives under its Christchurch Rebuild package to include additional concessions for homeowners in the Government designated ‘Red Zone’.

AUCKLAND — ASB Chief Operating Officer Russell Jones was announced the winner of the 2011 CIO of the Year Award at last night's CIO Summit dinner and annual awards ceremony at the Sky City Convention Centre in Auckland.

Today, Moody's Investor Services (Moody's) announced the outcome of their review of the ratings of all major New Zealand banks.

Monday, 16 May 2011
Business 10:58AM
Recovery in Investor Confidence stalled