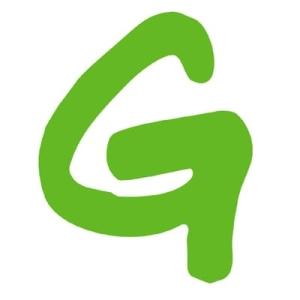 Greenpeace exists because this fragile Earth deserves a voice. It needs solutions. It needs change. It needs action.

AUCKLAND — A proposal to mine sand off Pakiri beach has been rejected by Auckland Council in a move local groups are celebrating as a huge environmental win.

A stoush is brewing between Greenpeace and the Government’s new drinking water regulator Taumata Arowai.

L’Oreal, the world’s largest beauty and cosmetics company, has committed to remove forest destruction from its products by 2020.

A police investigation into the Government Communications Security Bureau’s illegal interception of Kim Dotcom’s communications needs to be comprehensive and thorough, the Green Party said today.

A third US retailer has announced it will not stock seafood from Antartica’s Ross Sea for environmental reasons, reports Greenpeace.

An Asia Pulp and Paper (APP) mill in Indonesia that produced paper used to make Cottonsoft-branded toilet paper sold here in New Zealand has been exposed by a Greenpeace investigation as having regularly milled ramin, a rainforest species protected by both international and Indonesian law (1).

AUCKLAND — The occupation of Shell Arctic drillship Noble Discover has continued for a third day.

A New Zealand whistleblower’s shocking footage of marine life dying at the hands of industrial tuna fishers in the Pacific Ocean has gained a global audience.

AUCKLAND — Auckland, 21st November 2011: Greenpeace confirmed that it stands 100 per cent behind the investigation which proved that samples of toilet paper manufactured by Cottonsoft contain Indonesian rainforest fibre.

AUCKLAND — Greenpeace today released shocking footage and images of whales and a marlin and ray dying at the hands of industrial tuna fishers in the Pacific Ocean.

Petrobras, the Brazilian oil company that is intending to drill for oil in up to 3100 metres of water off the East Cape, is the part-owner of an oil field northeast of Rio de Janeiro, Brazil, where a serious oil leak has developed.

AUCKLAND — Actor Lucy Lawless and climate scientist Jim Salinger today added their names to a Greenpeace petition calling for a shift to clean sources of energy.

AUCKLAND — Auckland planners must account for the realities of the 21st century, rather than clinging to the car-based dreams of the 1950s, if the city is to prosper, and improve its liveability, says Greenpeace New Zealand in a submission to be made today on Auckland’s Draft Plan.

Last week’s announcement that a second tuna brand sold in New Zealand will be shifting to ‘greener’ tuna is good news for the Pacific, says Greenpeace.

Marine 8:47AM
Oil protest skipper in court the same day as Rena crew, while oil washes up at Te Kaha

TAURANGA — The skipper of the te Whānau-ā-Apanui-owned fishing boat the San Pietro, which took part in the Stop Deep Sea Oil Flotilla earlier this year, appeared in the same court in Tauranga this morning as the Rena’s Captain and Second Officer, who have been charged with the same offences.

BAY OF PLENTY — A team of volunteers organised by Greenpeace New Zealand will today (15 October) begin work cleaning toxic fuel oil off beaches in the Bay of Plenty.

AUCKLAND — Greenpeace today welcomed Labour leader Phil Goff’s acknowledgement that there is a direct link between the Rena oil spill, and plans to open New Zealand up to deep sea oil exploration.

Tuesday, 11 October 2011
Environment 8:57AM
Key not fooling anyone on oil risks

The Prime Minister’s statement that the Rena oil spill has nothing to do with the threat from deep sea oil exploration is foolish, says Greenpeace New Zealand.

AUCKLAND — This summer’s Arctic sea ice melt has been confirmed overnight (NZ time) as having been the second largest in recorded history, following 2007’s record melt .

Celebrities from around the world are taking their commitment to save the planet to the next level to raise money for Greenpeace’s new flagship Rainbow Warrior.

AUCKLAND — Greenpeace stand behind all of the statements we have made regarding Sealord’s tuna sourcing.

AUCKLAND — The Government’s Energy Strategy released this morning is an act of gross economic incompetence, committed by an cabinet that is refusing to give up its obsession with fossil fuels, says Greenpeace NZ.