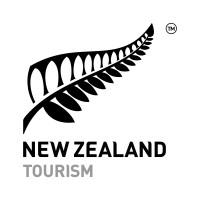 AUCKLAND CITY — Auckland, New Zealand's 'City of Sails', has been confirmed as the halfway stopover port for the gruelling, round-the-world Global Ocean Race in 2014.

On 1 March, 2013 three new Qualmark quality categories became available for accommodation providers, designed to make it easier for customers to get specific and relevant information on quality.

Qualmark has this week named Bella Vista as the first accommodation network to achieve an Enviro Award across its entire group.

New Zealand has been named the 'World's Best Luxury Destination' for affluent Chinese travellers, by the Shanghai Travelers' Club in its 2013 Luxury Travel Awards.

Figures released by Statistics New Zealand today have confirmed that international visitor arrivals to New Zealand were up by 0.8 per cent for the month of November.

As part of Tourism New Zealand's development of the 2013-2016 three-year marketing strategy Chief Executive Kevin Bowler has been travelling across New Zealand holding a series of stakeholder sessions in December.

Qualmark New Zealand today announced that while remaining 100% focused on quality assurance, it will not be taking on additional responsibilities as a provider of safety audits for the adventure tourism industry.

Asia's largest airline, China Southern Airlines, has agreed to and signed a Memorandum of Understanding (MOU) with Tourism New Zealand and Auckland Airport that sets out initiatives and a commitment to increase international tourism and trade potential for both countries.

On Friday 30 November, Qualmark announced changes to its accommodation categories with the introduction of three new categories to replace the current Guest & Hosted category.

"Calan vain, Ennor! Sí abgen edregol an i Laer ovol." On the day of the global premiere of The Hobbit: An Unexpected Journey, New Zealand has transformed into Middle-earth with a special long-range forecast in Elvish.

A 23 metre lenticular display blending the fantasy of Middle-earth with the reality of New Zealand, will greet visitors as they arrive at Auckland International Airport for the next three months.

AUCKLAND — National transport officials are well positioned to be amongst global industry experts with two international transport conferences to be held in Auckland over the next two years.

International visitor arrivals for October 2012 reflected the impact of the Rugby World Cup 2011, with total arrivals down 14.7 per cent in the month of October.

22 November, 10am: There was a brief eruption from Mt Tongariro in the central North Island at approximately 1:30pm yesterday, Wednesday 21 November, New Zealand time.

21 November 3pm: There was a brief eruption from Mt Tongariro in the central North Island at approximately 1:30pm on Wednesday 21 November, New Zealand time.

Qualmark has this week named Bella Vista as the first accommodation network to achieve an Enviro Award across its entire group.