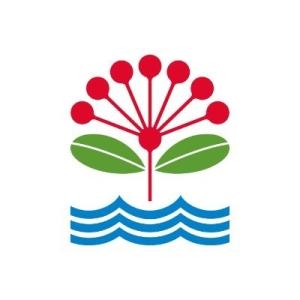 Thursday, 5 August 2010
Music 10:59AM
Band together for summer music event

AUCKLAND CITY — Music in Parks is a celebration of Auckland and New Zealand music and has become an institution on our city's summer events calendar.

AUCKLAND CITY — Making public transport the easiest way to get to matches will be the key to moving fans to and from Eden Park during Rugby World Cup 2011 (RWC 2011).

AUCKLAND CITY — Fans looking to secure tickets for Rugby World Cup 2011 matches in Auckland when they go on sale next month can rest assured the city will be ready to show them a great time.

AUCKLAND CITY — The number of persistent noise nuisance offenders in the city is down significantly, due to initiatives by Auckland City Council’s noise control service.

AUCKLAND — The Auckland Festival of Sailing has gotten off to a great start, with the Omega Auckland Match Racing Regatta proving to be fantastic spectacle featuring past, present and future yachting stars battling it out on the Waitemata.

AUCKLAND — Eighteen great concerts and movies are planned heading into March, the final month of this year’s Music in Parks season.

AUCKLAND CITY — Auckland City Council and its contractor Fulton Hogan are committed to providing you with ongoing updates on the Central Connector.

AUCKLAND CITY — Eight of the city’s ten most destructive graffiti vandals have been arrested since July this year and are presently before the courts.

AUCKLAND CITY — Auckland City Council is planning to sand carpet the Western Springs outer sports fields to provide a better quality, year-round playing surface that can also be used for parking in summer.

Matariki is based on early traditions, and something special for all New Zealanders to share.

AUCKLAND CITY — As part of its commitment to keep water as affordable as possible, Auckland City Council has proposed to help keep any required increases in water prices to the level of council’s inflation over the next three years.

Wednesday, 14 May 2008
Council 3:12PM
Last chance to have your say on draft annual plan

AUCKLAND CITY — Residents and ratepayers across Auckland are reminded to send in their feedback on the Auckland City Council draft annual plan before the submission period closes on Tuesday, 20 May.

Council 10:10AM
Better beaches by summer

Pets 10:08AM
Dog Control bylaw ruled as reasonable and necessary

AUCKLAND — A High Court ruling made by Justice Stevens has found in favour of Auckland City Council in a case that debated whether the council'sdog control bylaw is necessary and reasonable.

Auckland City Council has allocated the Heritage Fund conservation grants for the Hauraki Gulf islands for 2007/2008.

AUCKLAND CITY — The City Development Committee has approved the construction of a ventilated weather screen façade on the BNZ building at 80 Queen Street.

AUCKLAND CITY — A revised option which aims to improve overall visitor experiences while protecting the integrity of the volcanic cone is being proposed as part of the Maungawhau-Mt Eden management plan.

AUCKLAND — Auckland City Council is taking a lead role in attracting events to Auckland, with a new fund approved by the Arts, Culture and Recreation Committee to enable the attraction and delivery of major international events.

NORTHLAND — Quicker travel between the CBD and Newmarket is a step closer with construction of the Central Connector starting on 8 April.

AUCKLAND CITY — Leap into the zoo these school holidays, 19 April to 4 May, for a frog-filled fun day out and support International Year of the Frog.

AUCKLAND — City dwellers have the opportunity to experience a slice of island life at Artstation's latest exhibition, Tihei Mauri Ora - Te Motu o Aotea from 22 April to 3 May 2008.

AUCKLAND CITY — For electors in the Avondale/Roskill ward who may not have posted their voting documents back yet, it's not too late to vote.