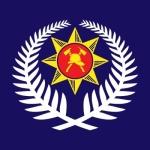 Dunedin — A fire investigation has been initiated after a person was found deceased at a residential property in South Dunedin last night.

Balclutha — Police can confirm  that the identity of the body located in Balclutha River on Saturday  19th January was that of missing teenager Blake  Mckenzie Sinclair aged 18 years of Clydevale who went missing on Saturday 12th January following a boating accident.

Cromwell — Police have released the names of the two men who died in a crash on the Lindis Pass north of Cromwell yesterday afternoon.

Wanaka — Wanaka Police have released the name of the pilot who died in the helicopter crash on the Criffel Range in the Cardrona Valley, Wanaka last night.

Balclutha — Police have today confirmed the identity of the woman located on the banks of the Clutha River on the 4th of May 2012 as, Amberley Rose FINDLAY aged 21yrs of Kaitangata.

Wanaka — Name released of British tourist that died in the Cardrona Valley near Wanaka.

Wanaka — Wänaka Police today dealt with the report of a sudden death of a 26 year old male from the United Kingdom currently resident in Dunedin.

Deaths 5:02PM
Woman Dies in Crash on State Highway One

Dunedin — A woman is dead following a head-on collision on State Highway One south of Dunedin.

Wanaka — A canopy-sport pilot flying in the Wanaka area was fatally injured in a crash today.

Deaths 11:14AM
Robin Bain and Speaking Ill of the Dead

Dunedin — Bryan Bruce, the writer and director of the documentary THE CASE AGAINST ROBIN BAIN which screened as an INVESTIGATOR SPECIAL on TVNZ has posted a Youtube video tribute to the man whose reputation was attacked by his son's defence team during David Bain's second trial.

Alexandra — Media release re death of Male at the Vincent Rally, Alexandra.

Alexandra — A 65 year old man has died at the Vincent Motorcycle Rally in Galloway, Alexandra.

Oamaru — Oamaru Police have released the name of the man who died as a result of a glider crash early yesterday evening.

Omarama — At about 6.34pm Wednesday 18 January 2012, Emergency Services were called to the scene of a fatal glider crash which occurred at Snowy Tops, Omarama.

Cromwell — A second person has died overnight as a result of a motor vehicle accident on the intersection of SH8B and the Wanaka to Queenstown Road in Cromwell.

Cromwell — A second person has died overnight as a result of a motor vehicle accident on the intersection of SH8B and the Wanaka to Queenstown Road in Cromwell.

Cromwell — At about 5.45pm [yesterday] evening emergency services attended a serious crash at the intersection SHW6 and SHW8b at Cromwell.

Dunedin — At approximately 8.50pm on Thursday the 1st of December 2011 there was a fatal crash involving a car and a motorcycle on Forbury Road, Dunedin.

Wanaka — The body of 70 year old Trevor Hawke has been recovered from Lake Wanaka, ten days after falling from his boat whilst sailing with a friend.