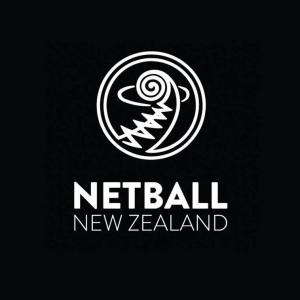 "Our challenge is not about accepting the status quo - our challenge is to ensure Netball is attractive, relevant and inspirational. It is about acknowledging our heritage and recognising what cannot be sacrificed and what needs to change in building on our 82 year old legacy." Netball New Zealand is the national body which oversees the countryââ‚¬â„¢s leading womenââ‚¬â„¢s sport.

The New Zealand Silver Ferns have won their second game of the 2012 Holden Netball Quad-Series with a 61-43 victory over England at the Newcastle Entertainment Centre on Wednesday.

20 years ago, six teams battled it out for secondary school supremacy in the first ever NZ Secondary School Netball Championships...

There will be no hangovers from this year’s ANZ Championship when the Silver Ferns suit up for the Constellation Cup, says captain Casey Williams.

AUCKLAND CITY — 20 high-speed Fast5 games will be played over three days as the world's top Netballing nations, New Zealand (the Fast5 Ferns) Australia, England, Jamaica, South Africa and Malawi will go head to head, competing for vital points to take them to the final of the Fast5 Netball World Series.

Netball New Zealand has today confirmed the following four franchise coaches will be part of the Silver Ferns coaching support team over the 2012 season.

Netball New Zealand has today confirmed Silver Fern Liana Leota will withdraw from the Silver Ferns squad at the end of the Silver Ferns 2011 international programme to join her husband Johnny in England who has taken up a contract with English rugby side Sales Sharks.

The International Federation of Netball Associations (IFNA) and Netball New Zealand (NNZ) today confirmed New Zealand has been awarded the right to host the World Netball Series for a three year term.

Netball New Zealand has today confirmed the 12 players and management team that will represent the NZ FastNet Ferns at the World Netball Series at the Echo Arena Liverpool from 25th - 27th November 2011.

Diamonds defender Laura Geitz has been sidelined with a minor grade strain in her right calf and will not take part in the Australian Diamonds third Test against England at Allphones Arena in Sydney on Sunday.

Wednesday, 12 October 2011
Netball 8:51AM
Captain returns to Adelaide and will miss Test series

Australian Diamonds captain Natalie von Bertouch will return to Adelaide immediately to recover from a stress-rated foot injury and will not take part in the 2011 Holden Netball Test Series.

Netball New Zealand is pleased to confirm the appointment of Waimarama Taumaunu for a four-year term as the new head coach of the Silver Ferns.

PORIRUA — Twelve Netball regions will compete in the Lion Foundation Netball Championships Finals next week from the 28th - 30th September at Te Rauparaha Arena in Porirua.

The Lion Foundation Netball Champs get underway this weekend with games being played in Tauranga, Dunedin, Auckland, North Habour, Counties Manukau and Hamilton.

16 Secondary school teams have earned the right to compete at the 2011 New Zealand Secondary Schools Netball Championships at Napier’s Pettigrew Arena from the 11th-14th October.

Netball New Zealand has today announced the unavailability of captain Casey Williams for the New World International Netball Series v England and the Holden Netball Series v Australia in 2011 as she will undergo ankle surgery in late August.

HAMILTON — Hamilton City Netball Centre will host thirty-two teams, 380 players, 100 coaches and managers, 32 umpires and 50 volunteers and officials in what is Netball New Zealand’s largest event on the national calendar, the NZ U17 Age Group Championships.

NELSON — Over 400 Netballers, coaches and officials will gather in Nelson next week to take part in the NZ Age Group U19 and U21 Netball Championships at Saxton Field from July 18-21.