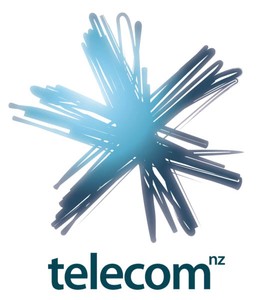 Telecom provides connectivity to millions of people daily through networks in New Zealand and Australia.

CHRISTCHURCH — Our infrastructure has proven resilient overnight, however disruption to landline and mobile services in Christchurch continues, and widespread power outages mean large parts of the network are still working off backup power.

Wednesday, 8 December 2010
Community 1:04PM
Christchurch to get a direct line to Santa

CHRISTCHURCH — Telecom has teamed up with the Christchurch City Council, City Mission and Christchurch Cathedral to bring some festive cheer to the city centre with plans to unveil dedicated Santaline phone boxes at a public ceremony on the evening of Thursday 9 December.

From tomorrow (3 December 2010) postpaid customers signing up to Telecom XT will experience a new, easier way to retrieve voicemail.

More than 70,000 hopeful children (and adults!) have already called Telecom’s Santaline on 0800 222 222 to ensure their wish lists are received by the North Pole in time for the big day.

From early August, Telecom will launch its own Micro-SIM cards, making it even easier for XT customers to use the latest Smartphone and notebook devices.

Telecom New Zealand has today announced that professional company director Sue Sheldon has been appointed as an independent director.

Telecom is set to deliver a Milestone to New Zealanders, with the launch of its latest Android phone on 1 July.

Telecom NZ and Facebook today announced that Telecom is offering their customers free mobile browsing on the new 0.facebook.com site.

Are you one of the All Blacks' biggest supporters, have stars in your eyes and are up for a challenge? Think you’ve got what it takes to help kick-off a new fan movement in support of New Zealand’s favourite team? If so, Telecom and Scott on Tour need your help.

In a first for Kiwi mobile users, Telecom XT customers en-route to select international destinations around the world now have access to in-flight mobile services.

Telecom has announced the appointment of Kieren Cooney as Director of Mobile.

Thursday, 24 December 2009
Community 9:50AM
A corporate Christmas gift with a difference

It’s been a tough year for many New Zealanders but thanks to a new take on corporate Christmas gifts, six kiwi charities have received an end of year bonus.

Thousands of Kiwi kids calling Telecom’s Santa Line this year are clear about what they would most like this Christmas ─ a gaming consol or games to play on one.

Tuesday, 10 November 2009
Entertainment 11:57AM
Back by popular demand  The Telecom Tree returns to Auckland this Christmas

Santa’s little elves have begun work extra early this year to ensure the return of the much-loved Telecom Tree to Auckland this Christmas, with opening night scheduled for the evening of Saturday 28 November.

Take the rapid growth in photo-sharing sites and social media, add the Kiwi fondness for passing the holiday photo album around the rellies, top it with a bit of Christmas spirit, and you’ve got the recipe for a great broadband summer.

Telecom has revealed new text and mobile broadband pricing offers that will shake up the mobile market this Christmas.

Tuesday, 27 October 2009
Advertising 12:57PM
No actors were harmed in the making of this Telecom ad

Telecom’s new brand campaign screened for the first time on television this week and not a single actor appears in the advertising.

Saturday, 17 October 2009
Entertainment 9:05AM
Aucklanders and Telecom light up an icon

The iconic Auckland ferry building is being transformed into an interactive light and sound experience on a scale never before seen in New Zealand.

While many people say they are currently forgoing a night out on the town for a quiet night in, perhaps they are spending it in front of a computer trying to find their perfect match instead, at least that’s what the 2009 NetGuide Telecom Broadband survey reveals.

Is it saving pennies or the current epidemic that is driving more Kiwis online to diagnose their illness?   Well over a third of those surveyed in the 2009 NetGuide Telecom Broadband survey had sought medical advice from the array of internet-based resources available today rather than visiting their GP.

Free-spirited, unconventional, spontaneous and deeply personal - that’s how the judges of the IHC Telecom Art Awards described the 400 works they judged in three regional exhibitions.

More than half of kiwi teens say they spend two hours or more a day on the Internet and texting friends* and key organisations are joining forces to ensure they are aware of how to stay safe.

Telecom has passed the milestone of 100,000 customers on its new XT mobile network and today launched a special incentive for iPhone users to join the movement and bring their device to XT.

Chorus, Telecom’s network access business, is reshaping its field force operations to deliver even better customer services, with plans to appoint a third service provider and make changes in some areas where the current service companies operate.