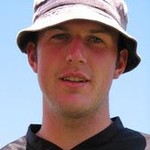 
Monday, 31 December 2007
9:43AM
Orienteering Pinestars announced The NZ Pinestars Team to compete against the Australian Bushrangers in a Test Match Series at the Waitangi Summer Carnival, 2-10 February 2008, has been announced. 596 views


Friday, 30 November 2007
4:10PM
Pressure Building in O-Max With four out of six O-Max events run in Wellington and the Hutt Valley, a single point separates the top two in both mens and womens categories. 648 views

4:06PM
JWOC Interim Squad & Trials Announced The New Zealand Orienteering Federation has named the interim squad for the Junior World Orienteering Championships 2008 team. The championships for 2008 move back to Europe, this time to the powerhouse of orienteering being that of Sweden. 550 views

12:14AM
Auckland Middle Distance Championships Auckland's top orienteers were to be found in Woodhill Forest on Auckland's West Coast today for the first day of the Auckland Orienteering Championships. Today's Middle had a winning time of roughly 30 minutes for most grades, and saw a good turnout from both Auckland residents and out of towners. This event is the kick-off of a new season of events, and this year is the first of the regional championships held from Spring to Autumn. 549 views


Sunday, 26 August 2007
8:49PM
Forne top Kiwi in Sprint Final Chris Forne (PAPO) placed 28th in the sprint distance final at the World Orienteering Championships.  Joining Forne in the final was Ross Morrison (Hawkes Bay) who ended up placing 42nd out of the field of 45. 501 views


Friday, 24 August 2007
2:31PM
Robinson strong in long distance final. Tania Robinson (Counties Manukau), once again confirmed that she is the most consistent New Zealand orienteer on the world stage, when she placed 23rd in the long distance final at the World Orienteering Championships in Ukraine. 533 views


Monday, 20 August 2007
9:33AM
Two Kiwis into Long Distance Final at WOC Tania Robinson (Counties Manukau) has comfortably qualified for the long distance final at the World Orienteering Championships in Ukraine. Joining Robinson in the finals from NZ will be Chris Forne (PAPO). 610 views


Sunday, 19 August 2007
5:47PM
Morrison and Forne into Sprint Final at WOC Ross Morrison (Hawke's Bay) and Chris Forne (PAPO) have both qualified for the Sprint Final at the World Orienteering Championships in Ukraine. 546 views


Tuesday, 7 August 2007
11:31AM
NZ National Squad The reselected NZ Orienteering National Squad has been announced. Changes to the squad include the additions of Tane Cambridge and Martin Peat. 506 views


Wednesday, 25 July 2007
10:03PM
NZ Pinestars Test Team Announced The New Zealand "Pinestars" team that is to contest a test match against Australia in early October has been announced by the New Zealand Orienteering Federation. 531 views


Monday, 23 July 2007
10:42PM
Elite orienteering photo system for Maptalk A new feature has been created for maptalk, to help with the promotion of orienteering in New Zealand. 635 views


Sunday, 15 July 2007
9:14PM
Strong performances in JWOC relay Thomas Reynolds (North West) was the best of the New Zealanders in the relay at the Junior World Championships, coming in on the first leg in 5th place. 538 views


Wednesday, 11 July 2007
5:53PM
Berthelsen and Ingham lead the way Tineke Berthelsen (Hamilton) and Lizzie Ingham (Wellington) have both produced stunning runs in the middle qualifier at JWOC, placing 2nd and 3rd respectively in their heats and putting both through to a great starting position in the A-final which is to be held on Thursday. 972 views