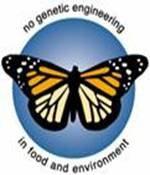 Hopes have been dashed that Countdown would consider it unethical to mislead customers about use of unsustainable GMO soy by the Impossible Burger, and would label it voluntarily.

New Zealand must ensure the voices of Maori, other indigenous peoples and scientists independent of vested interests are part of the global community approach to the threat of synthetic biology to biodiversity and natural systems.

The fake GE burger from US Impossible Foods is no longer listed online by New Zealand supermarkets after concerns of greenwashing and deception of New Zealand consumers about the unlabelled use of GE Soy.

Sir John Key and Sir Peter Jackson are being urged to use their influence with the board of the manufacturers of the Impossible Burger to halt the use of unsustainable GMO/GE soy that is usually heavily sprayed with RoundUp.

Customers at Countdown supermarkets and other retail outlets are being advised to be aware of Genetically Engineered ingredients in the USA-made 'Impossible' burger.

There should be a consumer warning label on the “Impossible burger” to alert customers to the novel GMO ingredients.  The Impossible Foods Company is spending thousands of dollars to promote its recently launched imitation GM meat in New Zealand.

An international group of over 85 scientists, academics and physicians has warned that harmful effects of GE foods may be being deliberately ignored, and say that there is no scientific agreement that genetically engineered (GE) foods and crops are safe.

GE Free NZ in Food and Environment has been advised that an appeal lodged with the Regulatory Review committee has been accepted [1]. The appeal is against the approval of a new GE food resistant to three toxic chemicals of which one has been recently banned in Australia [2].

The Food Safety Minister's decision to take the advice of bureaucrats and to reject peer-reviewed science, is nothing short of astonishing and puts the public at risk from food containing new levels of chemicals for which there is no known safe maximum residue limit.

AUCKLAND CITY — There are fears that a weak Auckland Council is already preparing to abandon its powers and duties, as councils come under threat from central government for doing the work they are charged with.

AUCKLAND CITY — Auckland Council has been slammed for not consulting with Maori on draft proposals  to prohibit GMO release, even though representatives from the Independent Statutory Maori Board refused to propose a motion for consultation to take place.

President Obama's legacy must be to require labelling of GE foods to protect public health across America, and to impose regulation on out-of-control agrochemical corporations.

Monday, 5 November 2012
Agriculture 9:53AM
Loss of Value For Fonterra From Imported GE feed

Fonterra shareholders face a loss of Value because the company has not secured its supply chain for GM-free imported feed in Dairy, undermining its food safety credentials.

The lack of any animal feeding studies on a GE soybean designed to survive spraying with a cocktail of herbicides, will leave the public no better than lab rats unless the approval is immediately stopped.

FSANZ must distance itself from personal attacks including criticisms made by its own scientists and instead follow up peer reviewed research showing serious harm in animals fed GE corn (NK603) resistant to RoundUp.

A New Zealand scientist at the forefront of understanding problems that might be associated with genetically engineered (GE) foods is raising concerns over increased disease links to consuming a new construct in GE wheat, a World first.

Otago University's genetics lecture presented last night in Wellington, and to be presented in Auckland tonight, is outdated and unfair.

Resistance amongst pests, and overuse of chemicals are playing havoc with ecosystems and creating a poverty trap for farmers despite promises to solve their problems made by advocates of GE crops.

Consumers are being warned that chili beans imported from the US under the Stagg's name may give them more than the taste of 'the old west' promised in advertising, and could include types of Genetically Engineered corn that people may want to avoid.

The Environmental Protection Agency (EPA) held its first hearing on GE to consider a plan to leave company managers overseeing their own biosecurity compliance, but the applicants are irresponsible in not mentioning serious breaches of biosecurity that have happened before.

Tuesday, 10 April 2012
Environment 9:44AM
GE Maize and Soya bean Foods Could Be Illegal and Dangerous to Health

New Zealand's GE Free status is in an advantage in building trade with partners searching the world for safe, clean, GE-free food.

A US court decision backing Monsanto against farmers disputing contamination by patented GE seed could impact the rights of New Zealand farmers.

GE Free NZ in Food and Environment has applied to the Administrative Appeal Tribunal for a review of the decision by Food Standards Australia New Zealand (FSANZ) to release into the food chain corn and soy genetically engineered to survive 2,4 D herbicides.