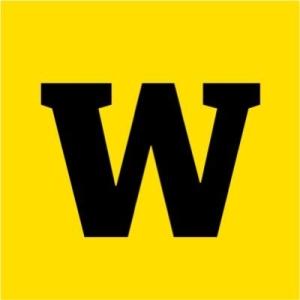 Wellington is a vibrant city with a thriving cultural life, talented people, and cutting-edge businesses. Known as the arts and events capital of New Zealand, the city has an abundance of recreation and leisure opportunities. It is also a compact city with a dramatic landscape and sound infrastructure.

Hola, buon giorno, sawatdee! If your travel plans will require you to ask the way to the Colosseum or whether your hotel has two beds or one, our new language-learning programme could be for you.

WELLINGTON CITY — Wellingtonians are invited to a meeting on Tuesday 5 February to discuss the Government's proposed changes to how New Zealand deals with earthquake-prone buildings.

WELLINGTON CITY — Walking to work is not normally a topic for in-depth discussion, let alone a master's thesis, but this routine activity has been the obsession of local artist Martin Butts for the past three years.

WELLINGTON CITY — If you've got a local creative project that needs some funding to get it going, we may be able to help.

WELLINGTON CITY — The Jay Street community garden in Newlands celebrated its first anniversary in December and volunteers are already eating the fruits of their labours.

WELLINGTON CITY — Local youngsters looking to learn new sports skills will be excited to hear about two great new coaching clinics - for futsal and fencing - on at Wellington's ASB Sports Centre during the first school term this year.

WELLINGTON CITY — Wellington Police have arrested and charged two men with conspiracy to import and importing 220 grams of methamphetamine after a joint Police and Customs operation.

Art 2:26PM
Make Your Own Sculpture

WELLINGTON CITY — Here's your chance to let your imagination go and your creativity flow with a series of free public sculpture events over two upcoming weekends.

WELLINGTON CITY — Wellington Mayor Celia Wade-Brown is urging businesses in the region to look south - at the opportunities being presented as the $30 billion Christchurch rebuild hits top gear.

WELLINGTON CITY — We've received 259 submissions on a new management plan and legislation to protect and enhance the Town Belt.

WELLINGTON CITY — Some of New Zealand's top athletes will be putting Newtown Park's new running track through its paces at the twilight Capital Classic track and field meet this Friday.

WELLINGTON CITY — Wellingtonians will be spoilt for choice this coming Anniversary Weekend with a diverse range of events in and around the city.

WELLINGTON CITY — Upgrade work in Kilbirnie's main street resumed last week and shoppers will see some significant improvements over the next few months as the $1.5 million makeover is completed.

WELLINGTON CITY — Wellington's Anniversary Day is marked by a provincial holiday on the third or fourth Monday of January (the closest Monday to 22 January).

WELLINGTON CITY — This Saturday is your chance to experience Pacific Island life without leaving town.

WELLINGTON CITY — Are you keen to be part of a lively group of young people who have a say on issues affecting youth in our city? We're looking for enthusiastic young Wellingtonians aged between 12 and 24 to join the Youth Council for this year - with vacancies especially for girls aged 13 - 16, as well as young people of both sexes from a diverse range of cultures and backgrounds.

WELLINGTON CITY — With the warmer months upon us, Council contractors are hard at work resurfacing many of Wellington's roads.

WELLINGTON CITY — Summer weather might be great for us, but it's even better for food bugs.

WELLINGTON CITY — One of the great things about Wellington is that it's never far from the city to the hills, the beach or to a park.

WELLINGTON CITY — Your City Council is showcasing, at the newly reopened National Library, the smart technology it is using to plan a better future for Wellington.

WELLINGTON CITY —   A poem that folds out like a concertina, a graphic novel that comes in a large box, a sports book with a cover made of fake grass, a knitting book for nerds - these are just some of the weird and wonderful items on the shelves of our libraries.