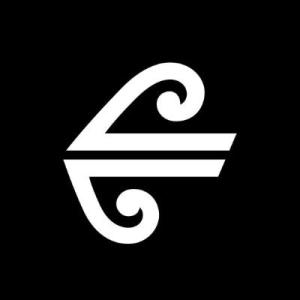 Air New Zealand has seen an increase in bookings as customers rush to take advantage of open borders.

AUCKLAND CITY — Air New Zealand is delighted to fly the first wave of visa-waiving visitors into Auckland tomorrow as New Zealand takes an important step in reconnecting with the world.

AUCKLAND CITY — Air New Zealand will bring its central Auckland team into the heart of its operation, future-proofing its infrastructure and reducing its property costs via a multi-year investment at its Auckland airport base.

Romance is alive and well in China as Air New Zealand launches “Love is a Journey,” the latest phase in its popular romance themed marketing campaign.

QUEENSTOWN — Air New Zealand has been announced as the naming rights sponsor for one of the country’s newest and most anticipated international sporting events – the Queenstown International Marathon.

Air New Zealand, the official airline of Middle-earth, today unveiled its stunning 777-300 aircraft which is set to become a flying billboard for the soon-to-be-released movie The Hobbit: An Unexpected Journey.

Air New Zealand’s Hobbit-inspired 777-300 has been a huge draw card on its first journey to London via Los Angeles this weekend.  The aircraft, operating as NZ2, was a spectacular site landing at Los Angeles International Airport this morning (NZ time) and is currently en route to make its first appearance at London’s Heathrow Airport at 2300 hours tonight (NZ time).

AUCKLAND — The first of Air New Zealand’s much talked about Night Rider™ services take off tonight, with two Boeing 737s chock full of Kiwis taking advantage of $29 ‘seat’ fares between Auckland and Wellington.

Air New Zealand will withdraw services between Hong Kong and London from 4 March 2013 as the airline focuses on returning its international network to profitability.

Air New Zealand is reducing capacity into Gisborne as a result of the local airport’s decision to increase landing fees by 106% from December 1.

Air New Zealand is launching a new daily Night Rider™ service with every seat on the aircraft available at a fare of $29, for the last flight of the day between Auckland and Wellington.

Time is running out to enter Air New Zealand’s Great Walker competition.  With only a few days left to be in to experience the adventure of a lifetime entries have already been received from Invercargill to Iceland – and many points in between.

Air New Zealand and the Department of Conservation (DOC) today achieved the largest and most complex tuatara relocation ever undertaken.  The 260 tuatara travelled on commercial flights from Wellington to Gisborne, Hamilton and Dunedin.

Bali is fast becoming the holiday destination of choice for Kiwis with Air New Zealand today announcing it will operate a second season of Auckland to Bali services next year.

Air New Zealand is calling for a New Zealand ban on powerful hand-held laser devices to protect the safety of the travelling public following the sentencing today of a teenager who aimed lasers at three commercial aircraft and a police helicopter.

Air New Zealand is forecasting a strong improvement in financial performance after announcing normalised earnings before taxation* for the 2012 financial year of $91 million, up 21 percent on 2011.

Air New Zealand is inspecting its fleet of Beech 1900D aircraft after hairline cracks were found in the tail area of an aircraft during routine maintenance inspection.

Air New Zealand is slashing fares on domestic trunk routes for the second time in nine months, as it launches an extra 6000 seats a week into the market over the coming year.

In-flight celebrity-spotting on Air New Zealand flights has taken on a whole new meaning with a new safety video featuring everyone from world leaders and musicians to sports stars.

Air New Zealand has appointed Christopher Luxon as its next Chief Executive Officer.

Monday, 18 June 2012
Running 8:37AM
High-flying Kiwi adventurer to take on the world with seven marathons in seven days

From today, passengers on board Air New Zealand’s all black A320 will be invited to take part in a world first for in-flight entertainment on selected services between Auckland and Queenstown.