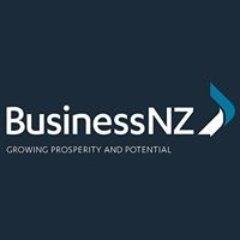 Wednesday, 4 May 2022
Employment 5:15AM
BusinessNZ launches public campaign against FPAs - Your Work, Your Way

BusinessNZ has today launched a nationwide campaign ‘Your Work, Your Way’, calling on Kiwis to reject compulsory FPAs, and stand up for their right to negotiate their own working conditions and pay directly with their employer.

Monday, 2 May 2022
Energy 3:11PM
Flicking the switch on long-term thinking

The BusinessNZ Energy Council (BEC) says it's encouraging to see long-term infrastructure planning from the Government, and agrees that more of the same simply won't cut it.

BusinessNZ says Government support to decarbonise large businesses will benefit those willing to explore innovative technologies, while paving the way for others to adopt.

Tuesday, 5 April 2022
Politics 7:22AM
Business continues to suffer at red

Remaining at red is a disappointing announcement for the many businesses unable to operate normally at the highest traffic light setting.

A new report by Sense Partners for BusinessNZ: Labour Market Conditions for Business shows critical worker shortages, record high levels of employment, and record high demand for goods and services, highlighting the need for immigration to start flowing as the border opens.

BusinessNZ has confirmed that it will not accept payments included in the Fair Pay Agreements Bill introduced to Parliament today.

Friday, 25 March 2022
Business 8:06AM
Government's phone off the hook to FPA concerns

The Government has taken its phone off the hook and is ignoring widespread opposition from New Zealand business owners and employees to its unlawful compulsory national pay agreements scheme, known as FPAs.

New Zealand's manufacturing sector started 2014 on a healthy note, according to the latest BNZ - BusinessNZ Performance of Manufacturing Index (PMI).

Media representatives are invited to attend a closing press conference for the meeting of the APEC Business Advisory Council (ABAC), which is taking place in Auckland this week.

The electricity market in New Zealand is extremely competitive, with consumers able to switch retailers to gain lower prices, and more consumers using metering and home energy management systems to save more.

As Auckland prepares to welcome the APEC Business Advisory Council (ABAC) meeting this week, a senior Chinese delegation will also attend to explore opportunities for trade and investment with New Zealand.

AUCKLAND CITY — Leading New Zealand businesses are joining with the New Zealand Government to welcome over 250 business leaders from the Asia Pacific region when Auckland hosts a meeting of the APEC Business Advisory Council (ABAC) 11-14 February.

2013 represented a solid story of growth for New Zealand's services sector, according to the BNZ - BusinessNZ Performance of Services Index (PSI).

Targeted investment in principals and teachers is a strategic move that could significantly improve student skill levels, says BusinessNZ.

New Zealand's manufacturing sector ended the year on a healthy note, and the first time since 2007 that every month recorded expansion in activity, according to the latest BNZ - BusinessNZ Performance of Manufacturing Index (PMI).

It is unfortunate that important debate on workplace safety has been undermined by intemperate media comment, says BusinessNZ.

Increased productivity is vital for improved wealth and living standards in the future and everyone has a part to play to achieve it, says BusinessNZ.

The latest ExportNZ Survey shows exporters are confident of good growth and increasing orders in overseas markets for 2014, despite battling against a currency that is higher than most would wish for.

New Zealand's services sector experienced a positive and solid level of expansion heading into Xmas, according to the BNZ - BusinessNZ Performance of Services Index (PSI).

Employers are being encouraged to turn silver hair into business gold by adapting their practices to retain older workers.

New Zealand's manufacturing sector remained in a firm grip of expansion as activity in the sector rose during November, according to the latest BNZ - BusinessNZ Performance of Manufacturing Index (PMI).

New Zealand exporters welcome the progress being made in TPP negotiations, says ExportNZ.

The BusinessNZ Planning Forecast shows the New Zealand economy is starting to bloom.

Being part of next year’s G20 deliberations is a result of the strong Australia-New Zealand partnership, says BusinessNZ.

The 9th Australia New Zealand Leadership Forum, which took place in Sydney on Wednesday 27 November, concluded with delegates resolving to build the capacity of both countries to take advantage of new opportunities in the Asia Pacific region, say the Forum Co-Chairs.