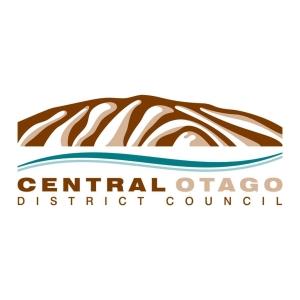 OTAGO — There are only a couple of weeks to get your feedback on how best to use the former Clyde Pool site.

ROXBURGH — The Roxburgh Community Board is supporting a Community Working Bee as a way of building community spirit in the Teviot Valley, and as an innovative way of helping to make the ratepayers dollar go further.

OTAGO — A group of 13 travel writers from Australia will tour Central Otago from Sunday 30 October to Wednesday 2 November.

OTAGO — The proposed Central Otago Waste Minimisation and Management Plan, (WMMP) highlights how businesses in the District have got behind waste reduction.

The proposed Central Otago Waste Minimisation and Management Plan describes how each household in the District could easily eliminate from landfill up to 220 kg per year by actively mulching and composting.

A series of public presentations on the Waste Minimisation and Management Plan starts soon, with information sessions scheduled in each of the main centres across Central Otago.

The Roading Company has won the contract to seal the remaining unsealed portion of Burn Cottage Road at Lowburn.

OTAGO — The next stage in deciding on a new role for the former Clyde Pool site is underway with a public meeting to be held on Monday, 10 October at 7pm at the Clyde Hall.

The ‘BackingBlack’ travelling tour is coming to Queenstown and Dunedin.

OTAGO — The draft Roxburgh and Teviot Valley Community Plan is now out for community feedback.

OTAGO — The value of the Otago Central Rail Trail to the Central Otago economy is significant.

OTAGO — Central Otago will play host to three prominent climate commentators and scientists at a seminar to be held in Omakau on Friday 23 September.

OTAGO — Approximately 850 Cromwell children will form up to create a very large All Black rugby jersey on Anderson Park in Cromwell tomorrow morning.

OTAGO — Central Otago tourism business owners who attended yesterdays’ seminar organised by Tourism Central Otago left the day inspired to utilise what they learnt in their own business.

OTAGO — Central Otago tourism business owners who attended yesterdays’ seminar organised by Tourism Central Otago left the day inspired to utilise what they learnt in their own business.

OTAGO — Central Otago residents will turn out in force when three All Blacks from the Rugby World Cup squad visit Cromwell on Friday 2 September.

OTAGO — Central Otago District Council is seeking expressions of interest from individuals, companies or organisations to make beneficial use of green waste resources in the district.

OTAGO — The latest BERL (Business & Economic Research Ltd) Otago regional economic profile, including a detailed section on Central Otago, confirms what many have felt – that after a long sustained period of growth, the economy of Central Otago was in recession last year.

ALEXANDRA — Entries for the 2011 Central Otago Awards are now open.

OTAGO — At midday today: Five nominations were received to fill the vacancy for a Councillor to represent the Earnscleugh Manuherikia Ward on Council.

OTAGO — Council replaces the odd and even day water restrictions with a new approach to manage summer-water-use.

CLYDE — The draft Clyde Community Plan is now out for community feedback.