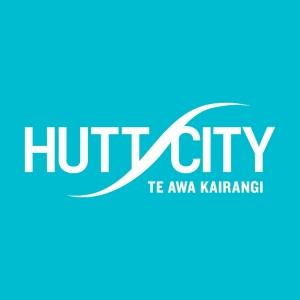 LOWER HUTT — Applications are now open for a business incubator programme giving local entrepreneurs a step up to make it in the business world.

WAINUIOMATA — Take a moment now to register at www.kingofthehill.co.nz for Hutt City’s newest summer event – a walk up and over Wainuiomata Hill.

LOWER HUTT — Entries are now open for the popular Hutt City Tri, which this year includes a duathlon option.

LOWER HUTT — Lower Hutt's annual winter swim, the Mitre 10 MEGA Polar Plunge, is back for 2013.  Scheduled again as part of the exciting line-up at the Petone Winter Carnival, it will take place on Saturday 3 August on the Petone Foreshore.

LOWER HUTT — The 15th annual Gold Awards are scheduled to be presented at the TSB Bank Arena on 20 June.

LOWER HUTT — Hutt City residents will again have the opportunity to sign up for free computer training at Hutt City Libraries with last year’s successful Stepping UP programme being renewed in 2013.

Sport 1:17PM
It's game time in the Dowse Square

LOWER HUTT — Grab your shorts and trainers and head down to the Dowse Square and Laings Road for a free family sports day out.

LOWER HUTT — Sun is forecast to shine on this Thursday's Margaret St Market - the last for this season.

LOWER HUTT — A medium risk warning is in place for the Hutt River at Silverstream.

LOWER HUTT — Sway down to some Latin jazz this Friday with Tequila Sunset Grab a bite to eat and head to the Dowse Square for SoundBites - live music from some of Wellington's finest musicians.

LOWER HUTT — Between the 29th and 31st of January, the Hutt City Library computer system will be offline for upgrading.

LOWER HUTT — The first Margaret St Market for 2013 will go ahead this Thursday, 17 January.

LOWER HUTT — The Hutt City Council's popular older adult exercise classes are back for another year.

LOWER HUTT — If your New Year's resolution involves saving money, living a healthier lifestyle, or doing more to help the environment, we have just the thing for you – council-sponsored workshops that show you how to get back to basics.

Wednesday, 9 January 2013
Entertainment 6:02PM
Active kids comes to a park near you

LOWER HUTT — Looking for some easy entertainment for the kids close to home during the school holidays? Hutt City Council’s Active Kids park sessions are set to keep hundreds of children active and energised.

LOWER HUTT — Hutt City’s Summer of Cycling promotion is back for another year and is a great way to discover why the Hutt Valley is the region’s cycling capital.

LOWER HUTT — This week's Margaret St Market has been cancelled because of forecast strong winds.

LOWER HUTT — Summer family fun at any Hutt City Pool Get the family down to any one of our pools this summer holiday and soak up the sun, fun and atmosphere.

LOWER HUTT — From 1 January 2013, the cost of taking your van, ute, SUV or small trailer to the Silverstream Landfill will increase by $1, to $31.

Hutt City’s Summer of Cycling promotion is back for another year and is a great way to discover why the Hutt Valley is the region’s cycling capital.

Community 2:02PM
Join Kev the kiwi and explore the Hutt Valley this summer

UPPER HUTT — Bring the family and join the larger-than-life character Kev the Wandering Kiwi this summer as he explores regional parks and forests in the Hutt Valley.

LOWER HUTT — The market starts at noon on Thursday, and runs until 8.30pm.