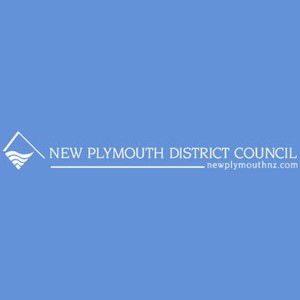 
Friday, 8 February 2013
1:52PM
Flax Relocation on new Back Beach Access Route Flax will be relocated next week to improve public safety on a new path that will avoid an urupa at Back Beach. 297 views


Wednesday, 23 January 2013
1:30PM
Kids Branch Out This Summer Are your kids climbing the walls these school holidays? Well send them down to Pukekura Park on Friday and they can get expert advice on how to climb trees! The Kids Tree Climbing Event is being held on Friday (25 January) from 1pm until 3pm at the Rogan Street Playground. 252 views


Tuesday, 15 January 2013
8:16PM
Cycling Through Summer with Summertime Rolls Summer is the best time to get out and ride – and the Council has a series of events to help get you going! The Summertime Rolls programme has events for everyone from toddlers to adults, to help people give cycling a go and to see the amazing things that professionals can do on bikes. 396 views

2:44PM
Water Shutdown in Waitara The water to the following streets in Waitara will be off today (Friday) from 10.30am until 2.30pm: High Street West from Cracroft to Grey streets. 332 views


Wednesday, 9 January 2013
5:51PM
Tree Removals at Colson Road Forestry Block A recreational area in New Plymouth will be closed next week while up to 20 pine trees are removed. 299 views

5:49PM
Temporary Shutdown of Oakura Water Supply The water supply to Oakura will be shut down tomorrow evening (Thursday) while a part is replaced on the town’s water main. 333 views


Tuesday, 8 January 2013
3:06PM
Eroding Urenui Headland a No-Go Zone Families are putting themselves in danger by standing inside an eroding cave at an Urenui headland. 306 views

3:05PM
Twin Bridges to Transform Te Henui Walkway's Accessibility A difficult part of a popular New Plymouth walkway is about to be fixed with the aid of twin bridges. 383 views


Monday, 7 January 2013
8:00PM
Catch and Release for Rotomanu's Grass Carp Lake Rotomanu relies on its grass carp to stay healthy – so if you catch one of the fish, please put it back. 361 views

3:01PM
Bowl Along to Cricket Nets' Public Chat Would you like a closer look at the new cricket practice nets at Pukekura Park? From 10.30am to 11.30am this Thursday (10 January) the Taranaki Cricket Association and New Plymouth District Council are holding a public chat so that people can see how the nets operate. 812 views


Friday, 28 December 2012
2:41PM
Hospice Fundraiser at Lights Festival The Council is turning the popularity of the TSB Bank Festival of Lights into support for Hospice Taranaki. 551 views


Monday, 24 December 2012
1:41PM
Rubbish Collections not Changing During Holiday Season All rubbish collections in New Plymouth District will take place on their usual days during the holiday season. 530 views


Tuesday, 11 December 2012
5:02PM
Have Your Say on New Streetlights The public’s feedback is being sought on the trial of LED streetlights in New Plymouth. 301 views


Thursday, 29 November 2012
2:30PM
National Head Arrives for Blue Flag Event The Blue Flag will be raised at Oakura Beach for the sixth season this Friday, and the head of the national organisation will be there to see it. 310 views


Tuesday, 27 November 2012
4:28PM
Bring the Family to Pathway Picnic A community picnic is being held to mark the completion of the Huatoki Walkway upgrade. 376 views


Monday, 26 November 2012
2:47PM
Lower Brougham Street Reopens with a Party The city’s newest shared space will be officially opened with a celebration! Lower Brougham Street opened for public use last week, and New Plymouth District Council is marking the opening with a street party from 10am to 2pm this Saturday (1 December). 277 views


Tuesday, 20 November 2012
3:23PM
Great Response to Urban Design Survey A survey about the urban design of New Plymouth’s central area has gathered more than 175 responses from the public. 315 views

2:07PM
Poet's Bridge Artwork to Dazzle in Lights Festival Poet’s Bridge will be turning it on for this season’s TSB Bank Festival of Lights. 518 views